BETWEEN ISRAEL… (by Marilyn)

On Monday, Israel observed a national memorial day: the ‘Holocaust and Heroism Remembrance Day’ or as we call it ‘Yom HaShoah’. It is an annual day of commemoration for the six million Jews who perished in the Holocaust as a result of the actions carried out by Adolf Hitler and Nazi Germany (1939-1945).

Yom HaShoah starts at sundown. You start feeling the heavy silence weighing in. Radios play sad songs, tv stations only broadcasts World War II related films/documentaries, restaurants and bars are closed by law. There are official ceremonies like the central one in ‘Warsaw Ghetto Square’ at Yad Vashem, the Holocaust Martyrs’ and Heroes Authority in Jerusalem. During the ceremony the national flag is lowered to half mast, the President and the Prime Minister both deliver speeches, Holocaust survivors and their descendants light six torches symbolizing the six million Jews who were killed in the Holocaust and the Chief Rabbis recite prayers. There are more ceremonies and services are held at schools, military bases and by other public and community organizations.

At 10:00 am on Yom HaShoah, sirens are sounded throughout Israel for two minutes. During this time, people stop whatever it is they’re doing and stand still; vehicles stop, even on the highways, and the whole country comes to a standstill as people pay silent tribute to the dead. 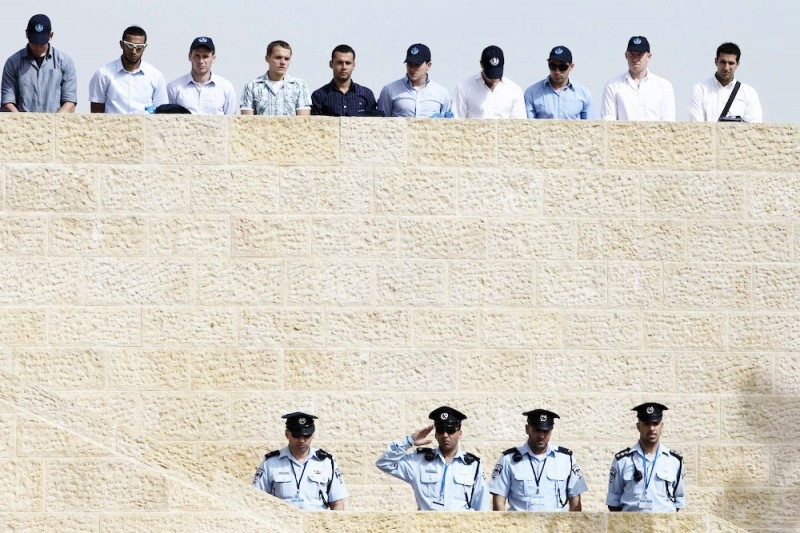 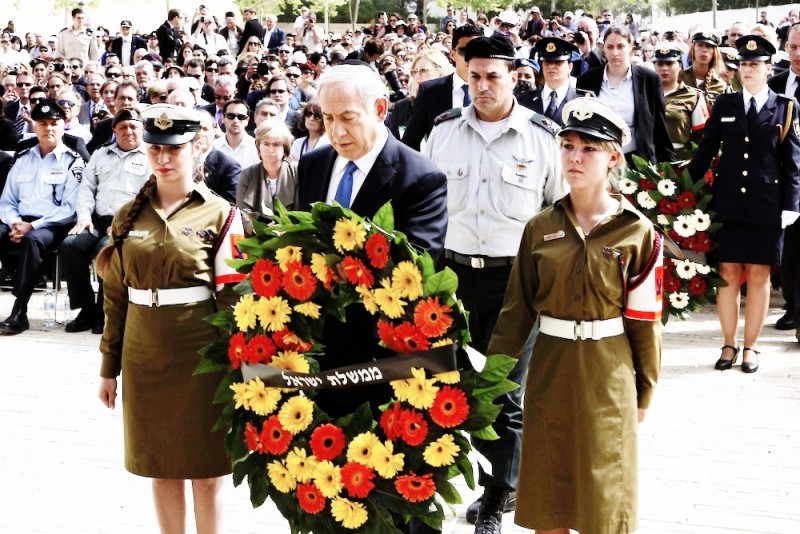 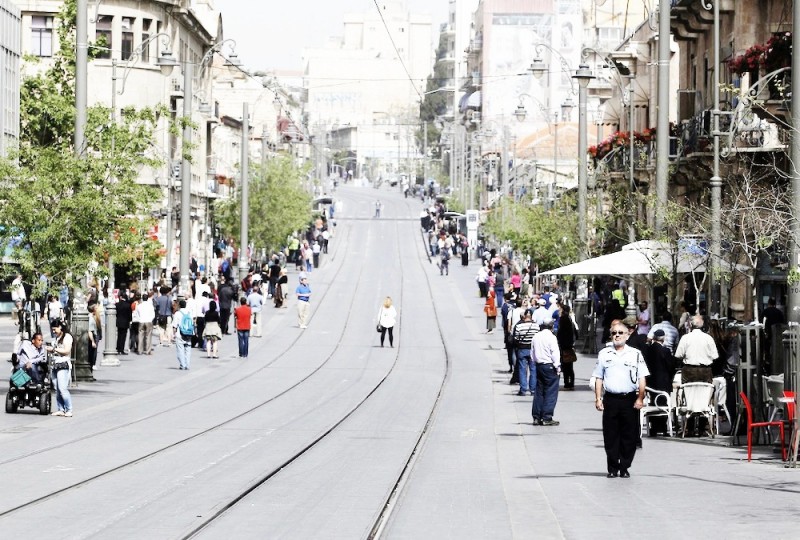 I guess we each have our own individual way of mourning the deaths of our ancestors, family members and re-thinking the almost unbelievable stories from survivors. Most of the Jewish people around the world have grown up with the Holocaust being very present, sometimes loudly sometimes silently. It’s sad that even today people get away with denying it and that there is such a thing called neo-Nazis. Adolf Hitler had a plan he called the final solution -the endlösung- to decimate the entire Jewish people. During Yom HaShoah in Israel you realize: we are still here. The Holocaust is part of us, of our (hi)story and each time we try to imagine what it was like, we just can’t believe it nor contain it. Those black and white images of starving people, concentration camps and gas chambers. We are shocked time and time again. How could this happen? How could the world let it happen? Many have tried to understand, to explain and to analyze. In times like today when the world is plunged in hatred and anti-semitism is never far away, we must open our eyes and see what is going on. We must remember. Never again.

… AND BELGIUM (by Josephine)

As most of the European countries, Belgium also has an infamous Holocaust past. Between August 4 1942 and July 31 1944, 28 trains left the Belgian transit prison Kazerne Dossin in Mechelen. Over 25,000 Jews and Romas were deported, most of whom arrived at the extermination camps of Auschwitz-Birkenau. Only 5% survived. Today, the Memorial, Museum and Documentation Centre on Holocaust and Human Rights tells their story and most of all, keeps their memory alive.

A giant wall filled with about 20.000 faces of men and women, young and old alike, staring back at me. It’s an uneasy sight: people who had a life still to live, or had lived their life already. Some of them happy, some of them weary. These could be the faces of our grandparents, our children, our friends and neighbors. These are the faces of the people who were deported from the detention camp Dossin in Mechelen, Belgium. Colored pictures for those who returned, grey for those who did not. The Dossin Kazerne is first of all a place of remembrance, “a material witness to a Belgian war story” as professor and curator Herman Van Goethem describes it. On initiative of a number of Jewish survivors, among them the late Sir Nathan Ramet, the transit camp Kazerne Dossin was turned into the Jewish Museum for Deportation and Resistance, to remind us of its infamous period. Since 2012, the Kazerne Dossin houses the Documentation Centre and a memorial to those who lost their lives. The permanent historical exhibition is now housed in a brand new building, designed by architect Bob Van Reeth, opposite the Kazerne Dossin. The new building is rich in symbolism: the windows for instance, are covered with more than 25.000 bricks, representing the number of deportees. 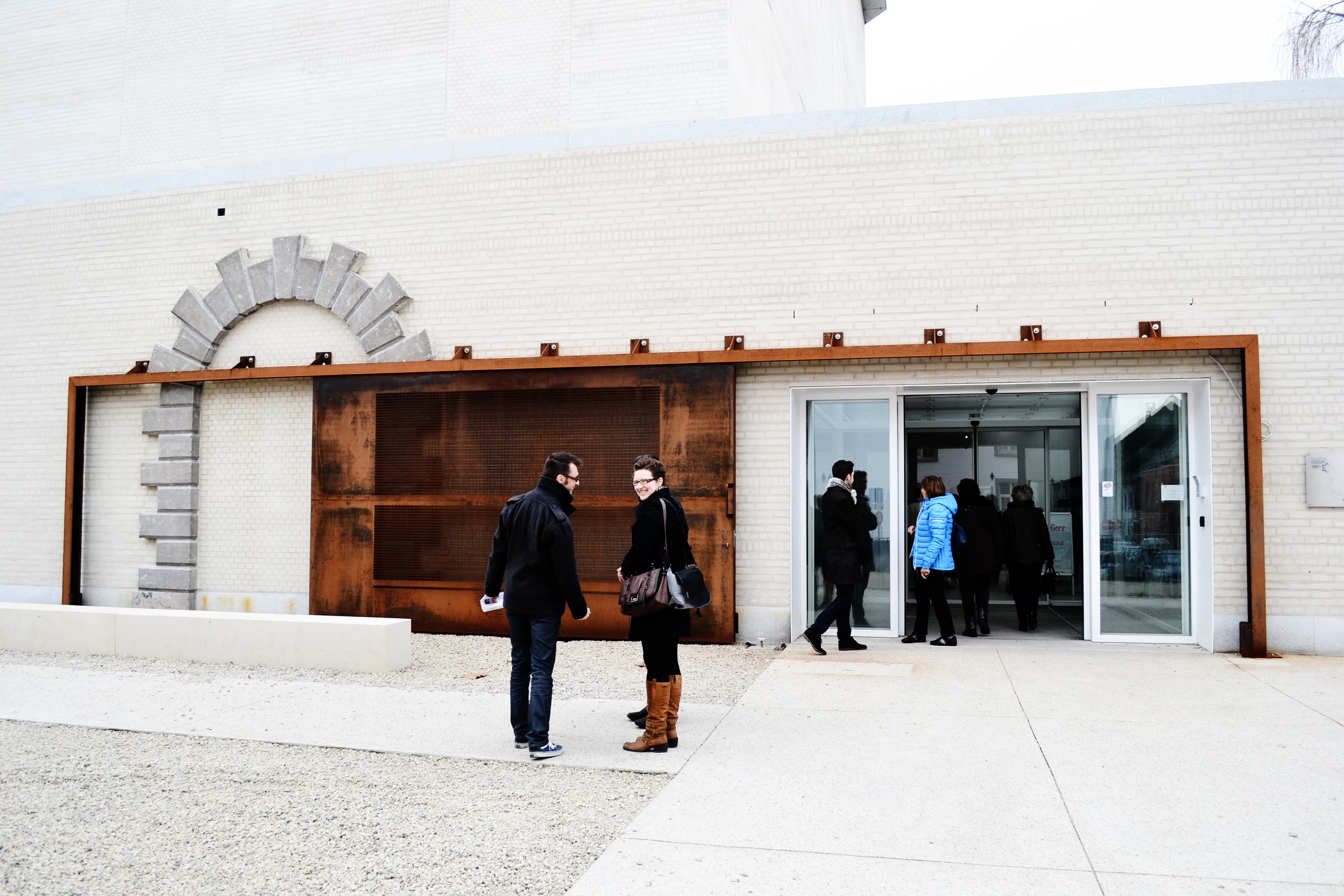 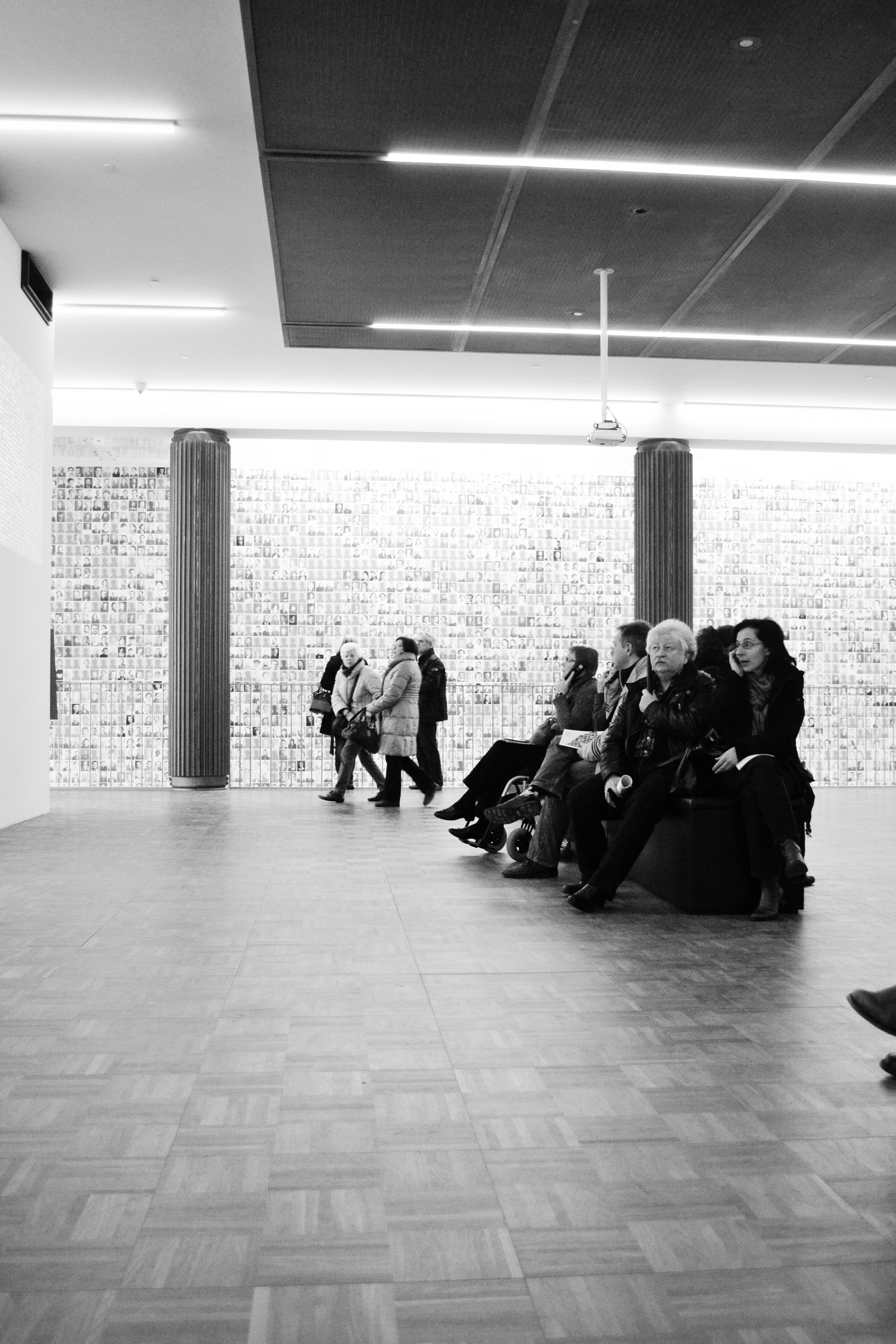 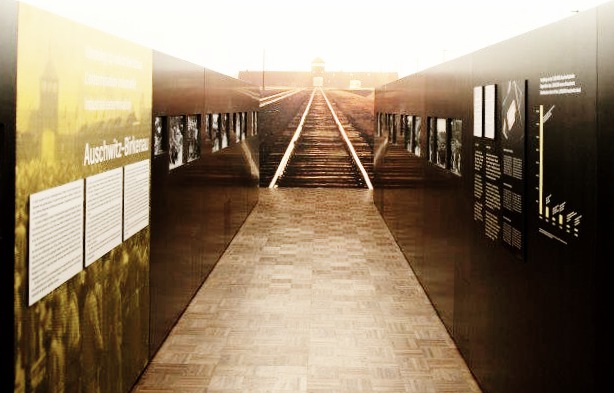 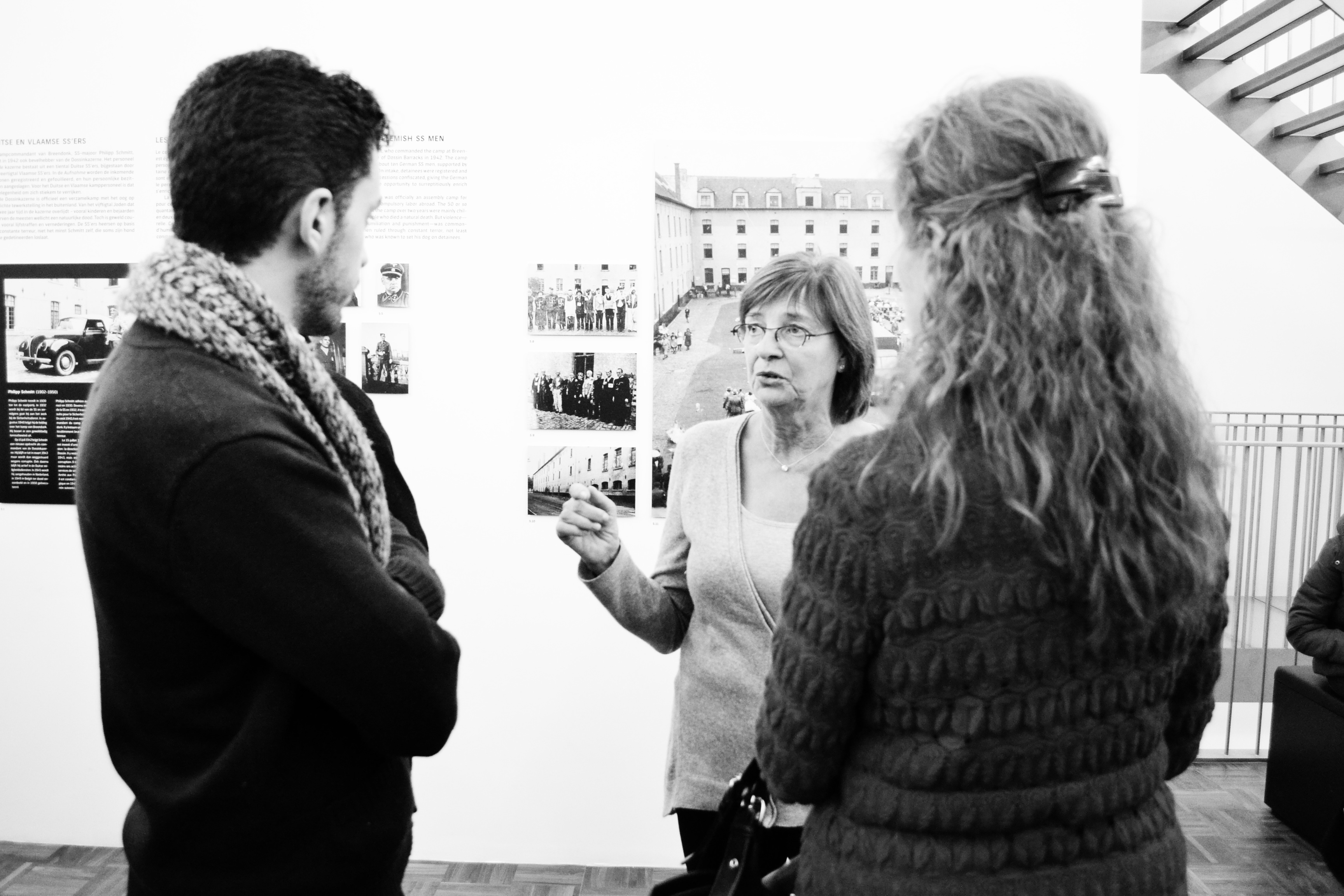 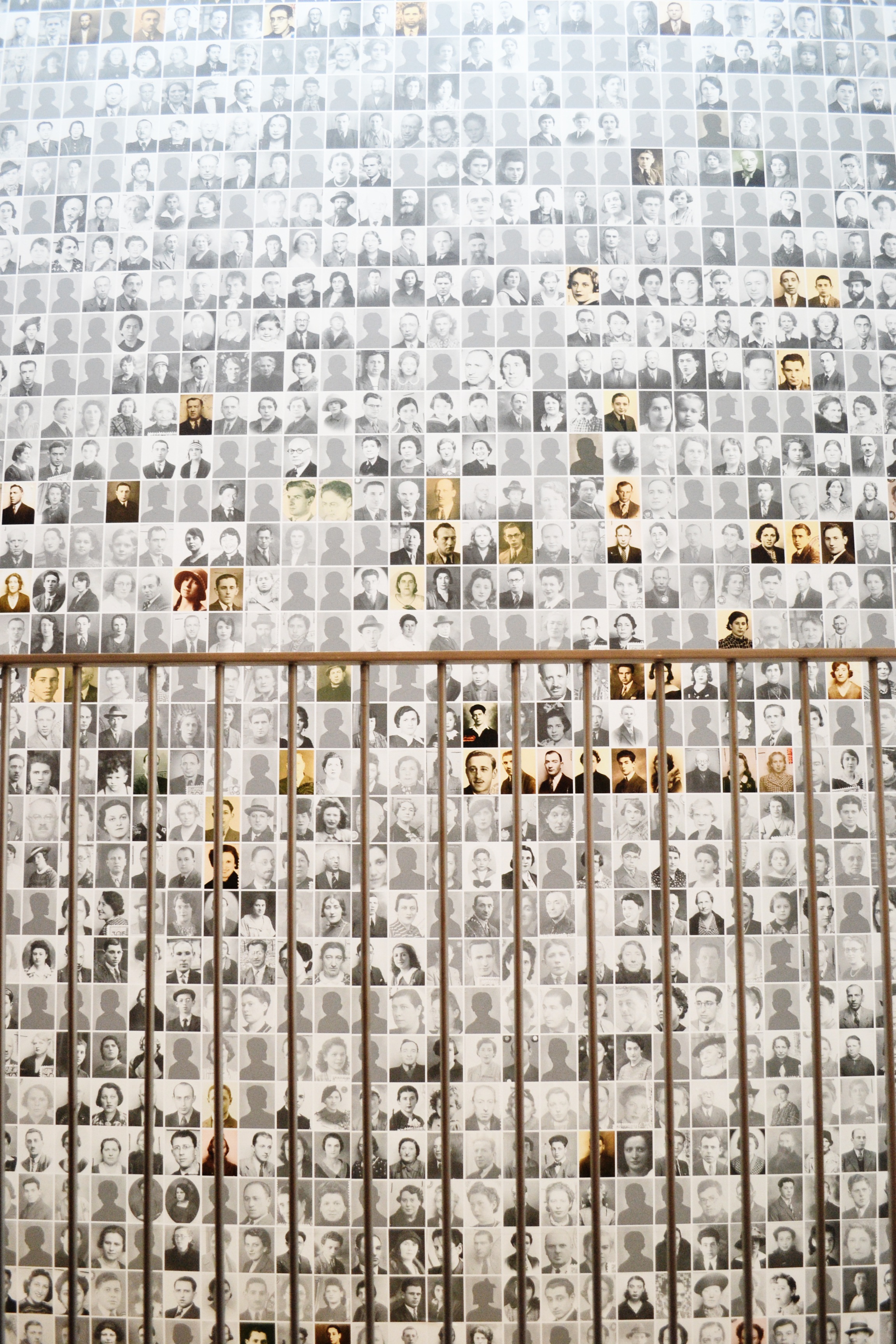 The permanent exhibition is divided in four parts. My guide, Patsi Ambach-Dewilde, unfolded the history and the ill fate of the Belgian Jews floor by floor. The first three floors cover photographs, documents and testimonies to illustrate the life of Jews (and gypsies) in Belgium before the war, the increasing discrimination and exclusion and the organized destruction of Jews and gypsies in the camps during the war. These 3 floors give a perspective on what the Holocaust meant to Belgians and Belgian Jews alike. The stories make you feel angry and sad, confused and even vulnerable: how can this have happened? But the Museum does not stop here. It also brings up the topic of rehabilitation, coming to terms with the past and Human Rights in general.  I learned that after the liberation, there was no place for Jewish suffering. Survivors simply did not talk about their grief, let alone discuss the things they witnessed and what had happened to them in the camps. They simply had to learn how to live with it. But the most interesting debate this Museum tries to stimulate is this of the Holocaust and Human Rights. By explicitly incorporating human rights not only in the name of the Museum, but also as a general topic, it broadens the context of the Shoah. Not only Anti-Semitism, but intolerance in general are always with us. Attempting to place the Shoah beyond itself by addressing values such as tolerance, respect and responsibility is also one of the keystones of the new Museum, which will leave its visitors with only one idea about the Holocaust: “Never again.” 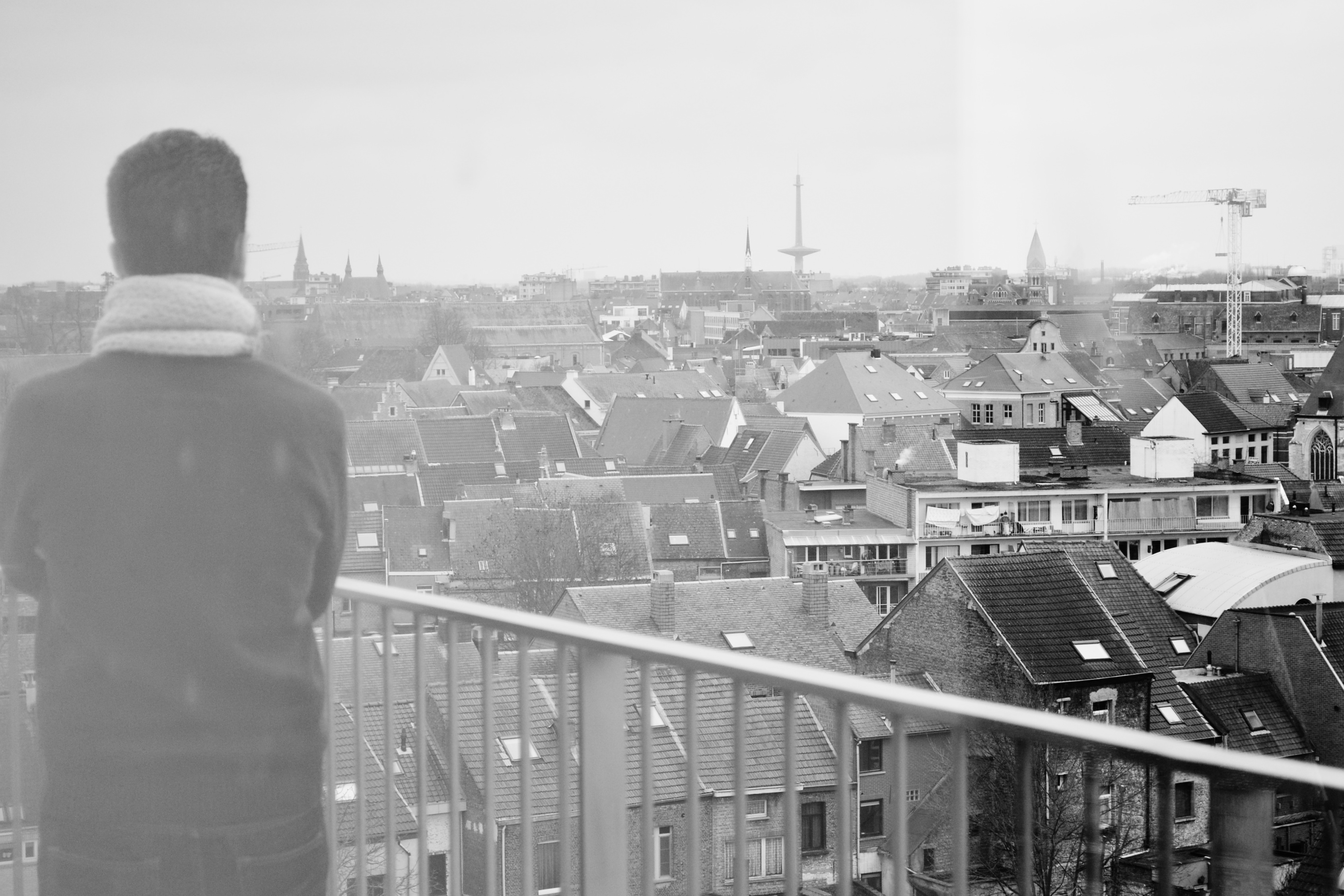 Watch a video about the Museum on Holocaust and Human Rights, Kazerne Dossin by Fans of Flanders with Patsi Ambach-Dewilde here.

A very big thank you to Patsi for her beautiful tour (seriously guys, if you want a guide for this Museum: ask for her https://www.kazernedossin.eu/EN)

Dedicated to Nathan Ramet, Regina & Adolf Predinger-Wechsler, and the millions of people who lost their life due to racism, hatred, discrimination and genocide everywhere and anywhere. May they never be forgotten.

L.Cohen song The Partisan about The Resistance