Compared to it’s European neighbors, Belgium is a small country geographically. Historically however, Belgium is the center of the European Union. The same with Antwerp. Being an important harbor for centuries, Antwerp has always had an important place on the economical map. Antwerp is part of the world, and the world is part of Antwerp. A lot of international exchanges have taken place, and are still taking place (for example diamonds). Because of that, Antwerp represents a huge international diversity and connectivity. This is why so many people are drawn to this little city in this little country. Antwerp gives you both the feeling of comfort and being close to one and another. On the other hand it gives you an overwhelming feeling of non-stop movement, cultural diversity and international importance.

To capture this aspect and to make it more “touchable”, a museum called the MAS (Museum aan de Stroom, or Museum by the River) opened its doors in 2011. The MAS is a landmark on the boundary between the city and the port, and it does so by telling the story of people with diverse perspectives on the world who came from a multitude of backgrounds. The MAS tells the story about the past, present and future of Antwerp. Because diversity is not a static feature, but always in motion, a special building was needed. It’s a difficult mission to bring a building – which is itself static – to a new level. The design was inspired by a sixteenth-century storehouse. The galleries are stacked up like ‘boxes’ creating a spiral tower with large expanses of glass. As you go up on the escalators from the ground floor to +9, you have a constantly changing view of Antwerp. In my opinion, the special window panes resemble the flow of a river. But not only the building is an eye-catching element! The square in front of the MAS is a work of art by Antwerp’s most famous living artist: a 1,600-m² mosaic entitled ‘Dead Skull’ by Luc Tuymans, his first public work to be permanently on display. The MAS is an architectural beauty (even though the local opinion about the architecture is divided). I had my doubts about it too, but seeing it all come together: the light of sunset on the red stones, the calmth of the river and the rush of the harbor, it somehow seems to work out. 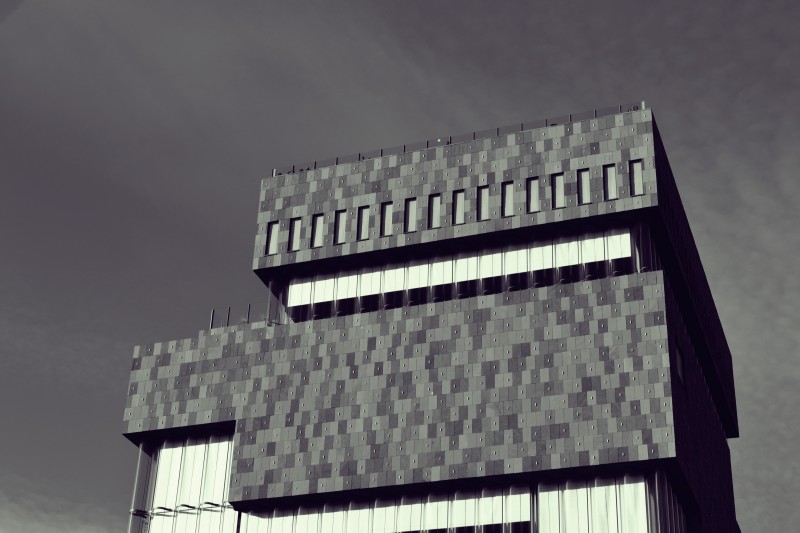 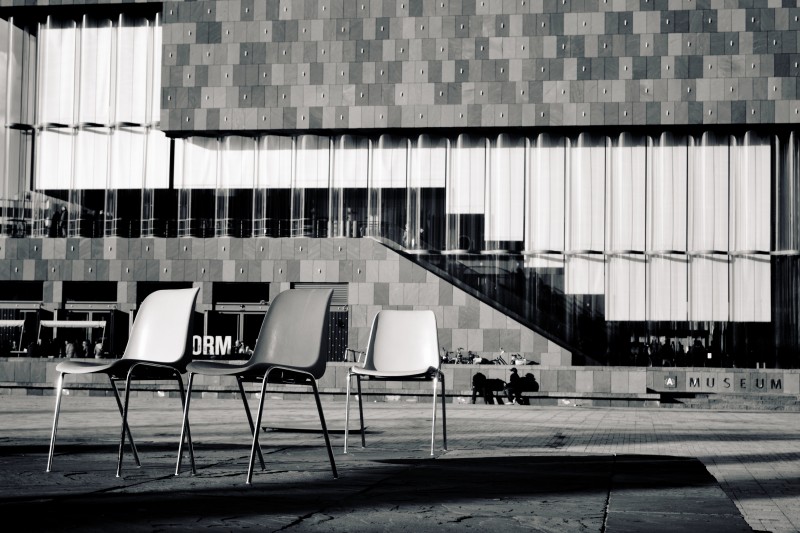 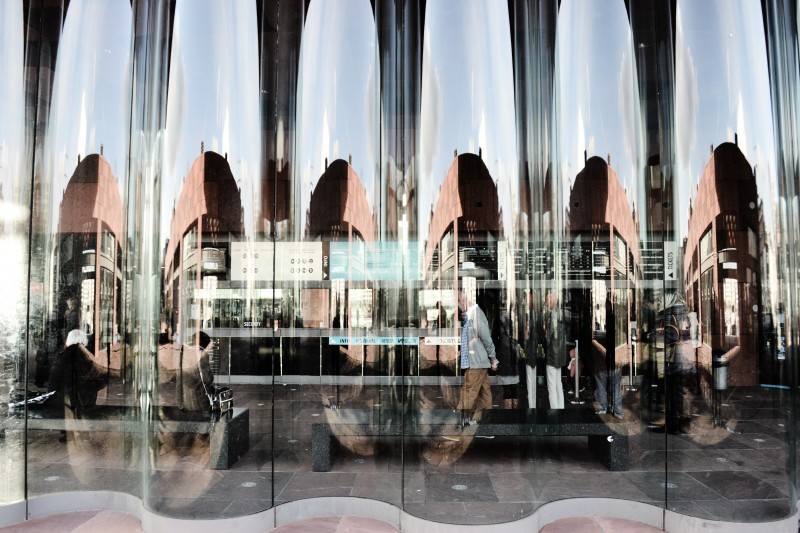