It’s the 19th century. America’s industries are flourishing, promising Europeans, poor and rich alike, a new world and a better life. With their whole life packed in a few suitcases, millions of people sail to the United States and Canada. For many people, the trip to the New World begins in a warehouse in Antwerp. Red Star Line ocean steamers pave the way to a new life for about two million men, women and children between 1873 and 1934. It is in this warehouse that the Red Star Line Museum opened its doors only some days ago, telling the story of millions of Europeans who were courageous or desperate enough to leave their old life behind and look for a better existence.

The Red Star Line was created as a trade name in 1873, and was co-operation between the International Navigation Company (Philadelphia) and the Company Société Anonyme de Navigation Belgo-Américaine (Antwerp).  A complex of three brick-red buildings faces the Rijnkaai (Rhine landing stage), a section of the docks in the old Antwerp harbor district. For more than sixty years the Red Star Line ocean steamers docked right there.  They took on passengers by the hundreds from all over continental Europe, all pursuing the American Dream.

Belgians, too, were among those who sought a new future on the other side of the ocean. However, Belgians figured only as a small portion of the Red Star Line’s passengers. Belgian emigration to countries outside of Europe was relatively limited. Antwerp was however a particularly popular port of emigration among Jews from Central and Eastern Europe. These people constituted a sizeable proportion of the Red Star Line’s passengers. To take one statistic: of the 2.8 million people to exchange tsarist Russia for the United States between 1899 and 1914, 40% were Jewish. In many cases, these were people of very limited means who were assisted by several Jewish relief organisations in Antwerp. Many Eastern European Jews emigrated because of the socio-economic situation, but also because of the climate of discrimination against them and outbursts of anti-Semitism – the pogroms. One of the more famous passengers of the Red Star Line is the future prime Minister of Israel Golda Meir. 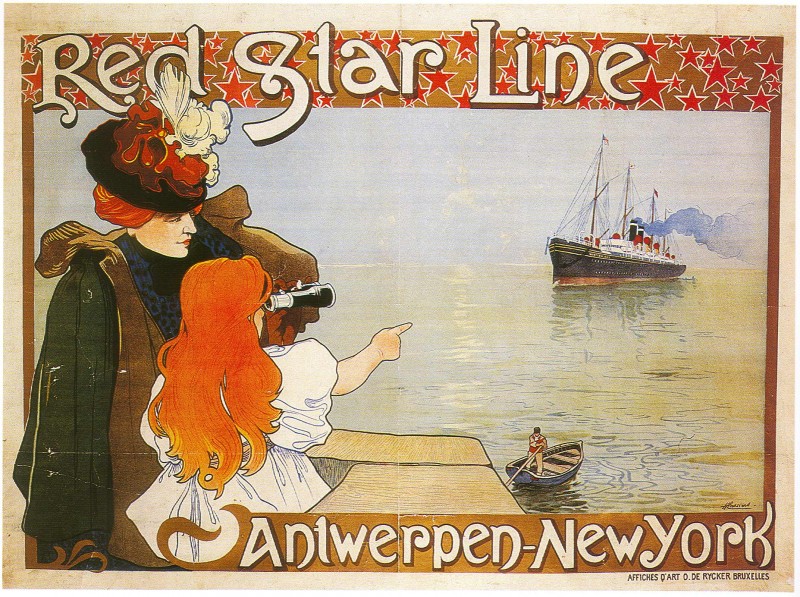 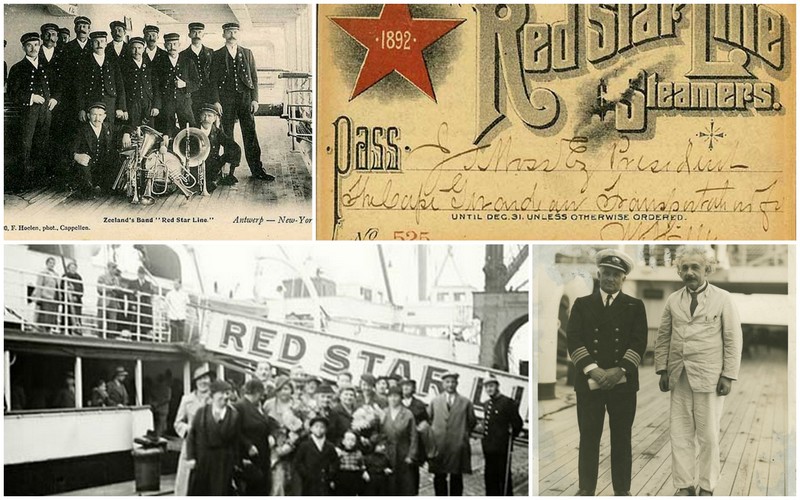 The former warehouses of the Red Star Line were reopened as a museum on September 28, 2013. The main focus of the museum are the travel stories that could be retrieved through relatives of Red Star Line passengers. Visitors follow in the footsteps of the emigrants. The exhibition shows the different stages of the journey. Eight themes are presented over two floors: a travel agency in Warsaw, a train compartment, the city of Antwerp, the Red Star Line building, the deck of an ocean steamer, the interior of a ship, arrival at Ellis Island, and a new future in the US. The exhibition depicts how the average European emigrant would have experienced his or her journey at the beginning of the 20th century via attractive images, striking scenography and authentic objects. A strong focus is placed on the personal stories of Red Star Line passengers. Six star witnesses are central to the story. Some of them are still alive, for others the well-documented story is told by a descendant. The witnesses include Albert Einstein and Irving Berlin, two icons of the rich Red Star Line history. 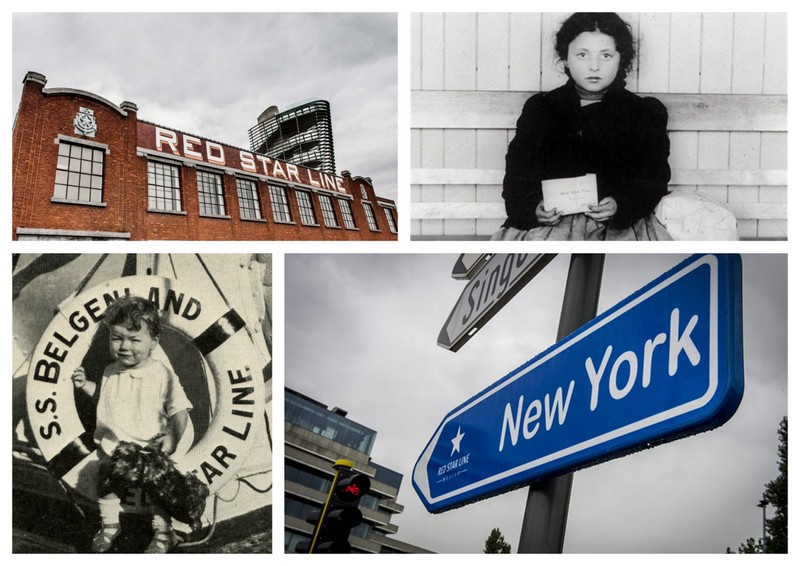 For more information on the Red Star Line Museum visit the website.