“Lady of the Daisies” is a tribute to the work of Israeli fashion designer and entrepreneur Lea Gottlieb. Founder of worldwide swimwear brand Gottex – famed for the Seven Suit that sold over one million pieces in 1985 alone – Gottlieb was a prominent and exceptional swim and beachwear designer and innovator of Israel’s textile industry. The exhibition opened with an exclusive VIP launch at the Design Museum in Holon and is running till May 4th. Galit Gaon, Chief Curator at the Museum explains: “This homage to the work of a trailblazing woman who led a vision of design and industry in Israel is an important evolutionary step in the life of the museum. Lea Gottlieb put Israeli fashion on the map with her elegant and flattering designs that have sold to over 80 countries.” 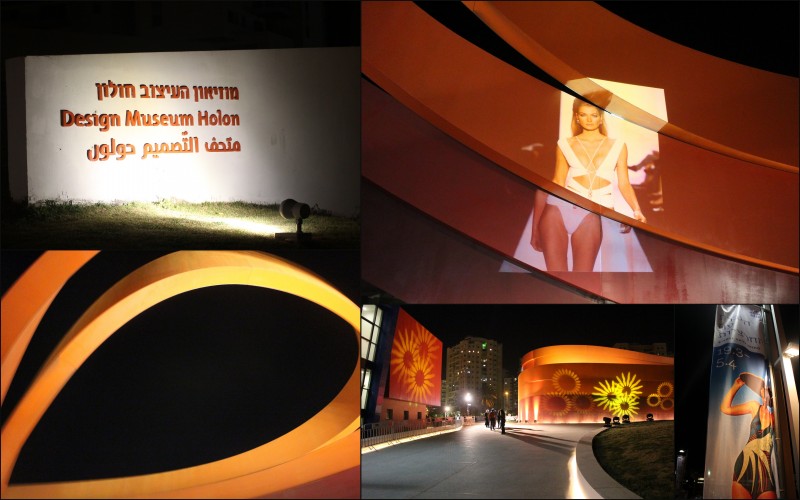 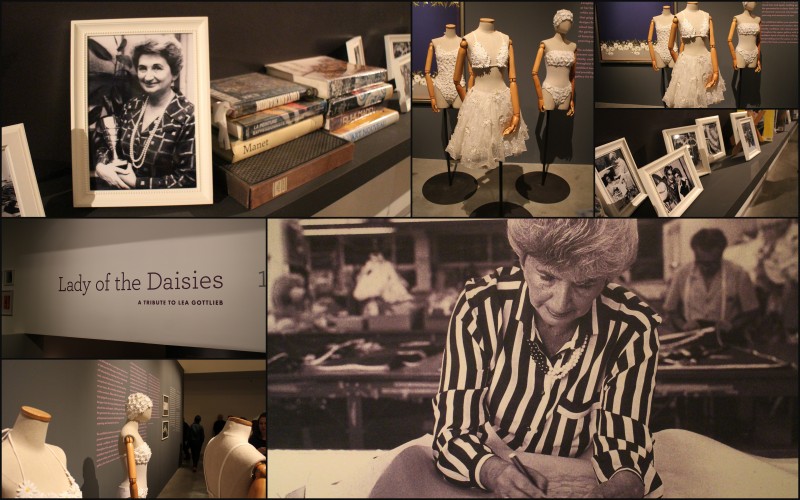 Lea Gottlieb emigrated from Hungary to Israel in 1949 with her husband Armin who owned a raincoat factory. Lea immediately understood that raincoats were not as appropriate for the climate of the Middle East. Still water-minded, she started sewing swimsuits which launched to instant success in 1956. Gottex was innovative and sophisticated, with products sold in over 80 countries. Over the years, Lea Gottlieb’s designs have featured on the covers of the world’s most prestigious fashion magazines. Prominent figures who have worn her designs include Queen Elizabeth, Princess Diana, Queen Noor, Mrs. Nancy Kissinger, and movie stars like Elizabeth Taylor and Brooke Shields. Lea Gottlieb continued to design a new collection every year up to 2002. Work on the exhibition began more than six months ago with the process of sorting and selecting pieces from her archives. She also visited the museum to assist in determining the content before she passed away at the end of 2012; she was 94. A memorial book for Lea Gottlieb will be available in 2014.

The exhibition showcases the history of Gottex swimwear through costumes, inspirational photographs, films and catalogs. The main gallery includes swim and beachwear designs in addition to works of art that acted as original inspiration. Curated by fashion researcher Ayala Raz, this aspect of the exhibition pays direct homage to the life and work of Lea Gottlieb. It is known that Lea Gottlieb loved flowers, partly because they had helped her save her life from the Nazis in her native Hungary. When out in the street, she often held a bunch of flowers up to her face, so that Nazis would take her for a regular peasant girl. Flowers figured prominently in Gottlieb’s fabric designs, usually in bold, eye catching colors. She was particularly fond of hibiscus. Sophistication was the name of the game. 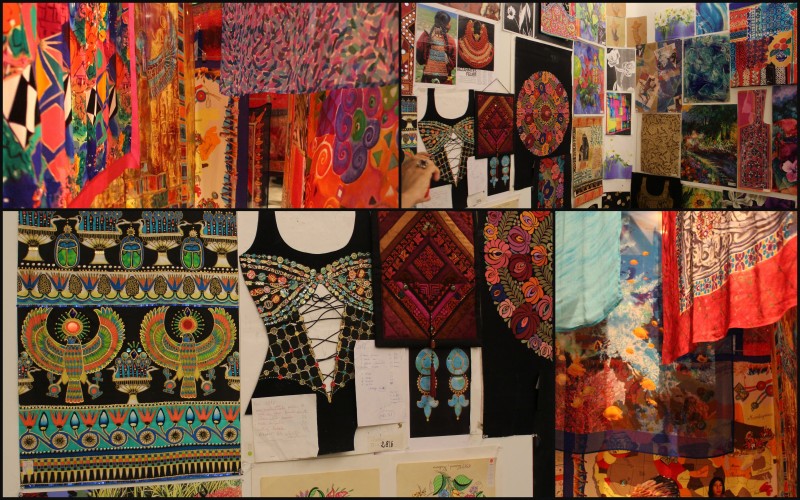 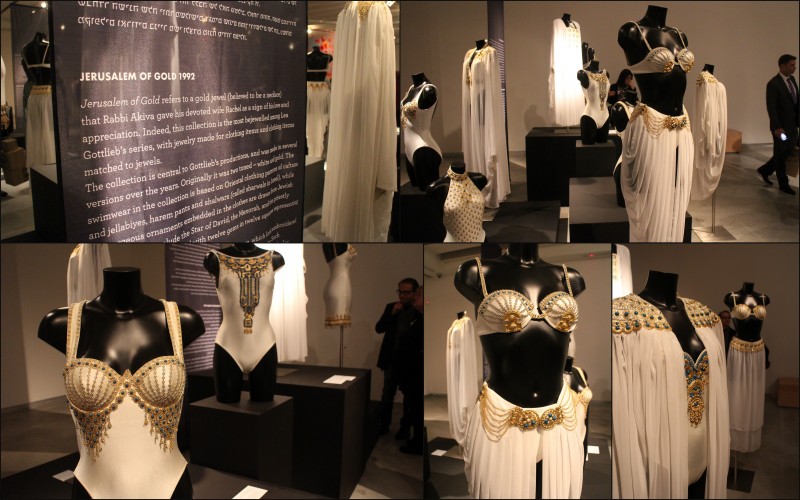 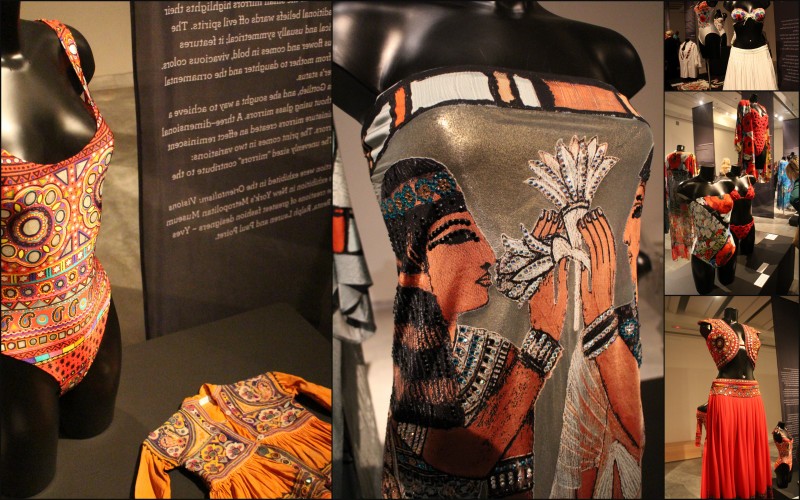 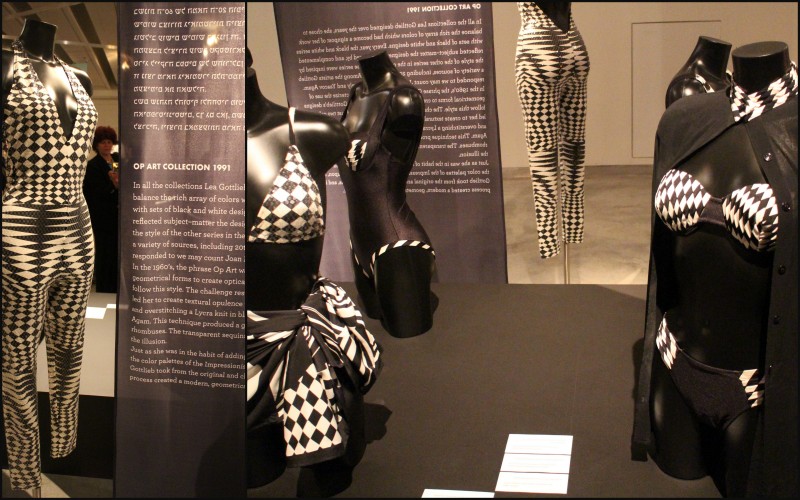 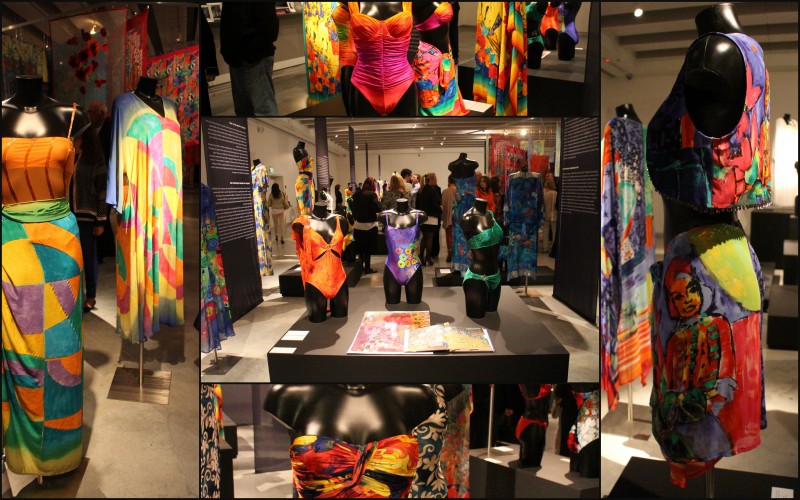 The second gallery focuses on contemporary design and Creative Director Molly Grad’s transformation of the Gottex brand in recent years. A specially commissioned model designed by Molly Grad is presented. This unique piece is accompanied by Grad’s sketches, illustrations and quotes to represent her world of inspiration. Grad explains, “The illustrations in the exhibit are like my fingerprints, a representation of my personal process and primary experience as an artist and creator. They are not indicative of a specific moment or time, but rather an ongoing approach. I have always drawn, ever since I was about three years old. Wherever I go, I always bring a pencil.” 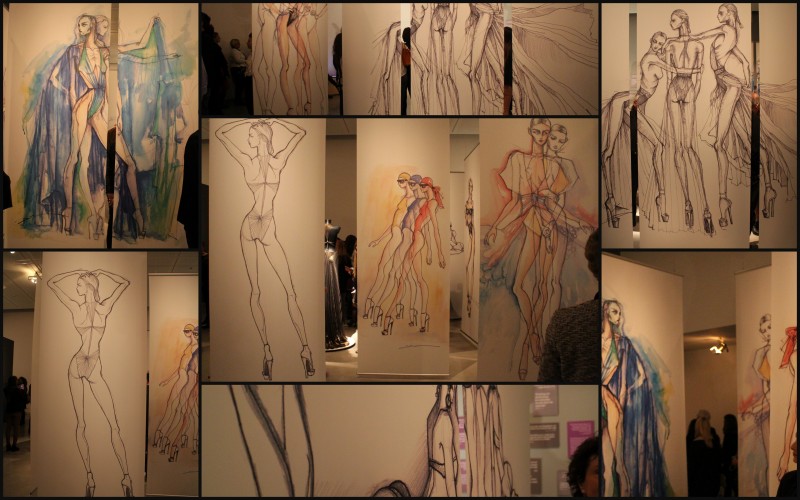 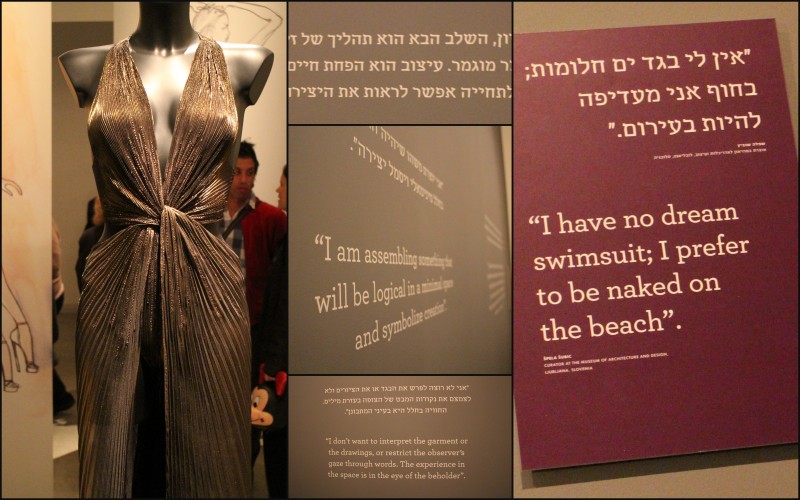 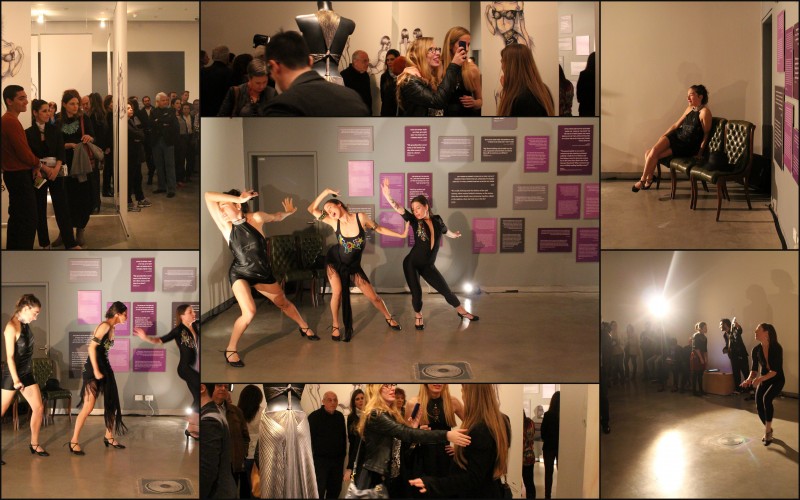 All photos taken with my Canon EOS M