The Italians say: “Vedi Napoli e (poi) muore” or:  when you’ve seen the magnificence of Naples you’ve seen everything, and it’s safe to die. Italians obviously have never been to the Old City of Jerusalem. Being one of the oldest cities of the world, Jerusalem is marked by religion and conflict. During its long history, it has been destroyed twice, besieged 23 times, attacked 52 times, and captured and recaptured 44 times. Jerusalem is also a holy city to the three major Abrahamic religions—Judaism, Christianity and Islam. The spiritual power of this city is omnipresent. It’s hard not to feel even the littlest emotion stir inside you when you touch the stones of the Western Wall, when you enter the Church of the Holy Sepulchre or when you see the sun touching the golden Dome of the Rock. Jerusalem has been on my “things i absolutely want to see in my life”-list ever since i was a kid. We entered the Old City through the Jaffa Gate (inaugurated in 1538!). This gate is named after the port of Jaffa, from which the Prophet Jonah (the guy who got swallowed by a whale) embarked on his sea journey and pilgrims debarked on their trip to the Holy City. For us it was simply because Highway 1, the connection between Tel Aviv-Jaffa and Jerusalem, leads to this entrance. Our “pilgrimage by car” took about an hour an ended in a modern garage. I am very thankful to live in the 21st century and not having to do the whole Jaffa-Jerusalem road by foot, cause when you enter the Old City it’s all little cobbled roads and rocky steps. Not to forget about all the people crawling like little ants in between hundreds of food stands and small souvenir shops selling crosses, menorahs and djellabas. Obviously business is not divided by religion here. If you visit Jerusalem be sure to wear comfortable shoes and be well-rested, for it is a workout if i have ever seen one. 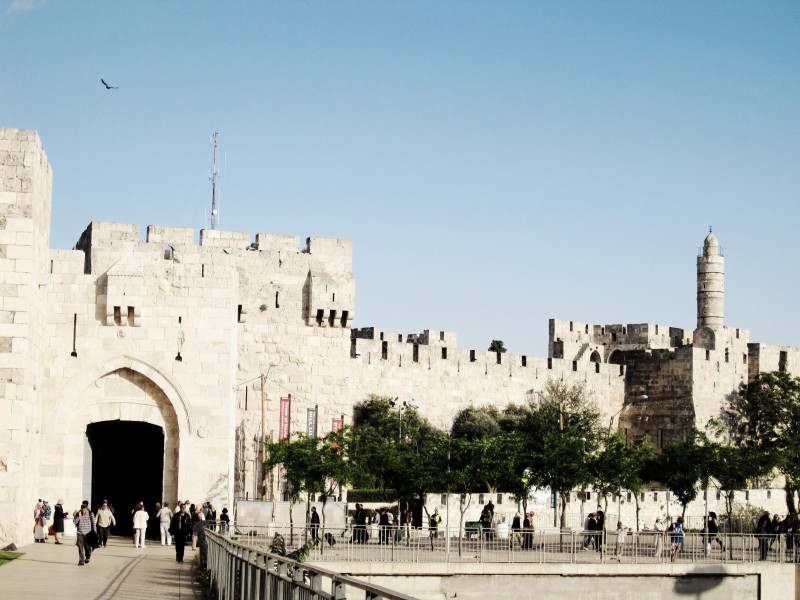 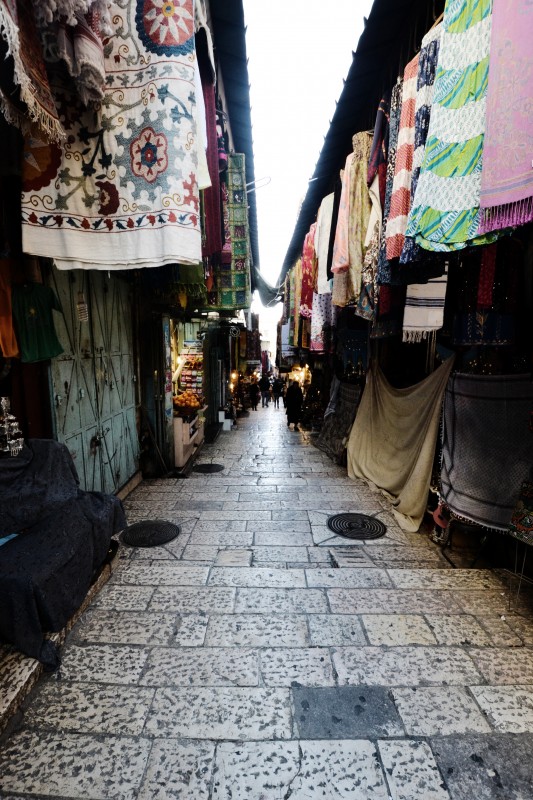 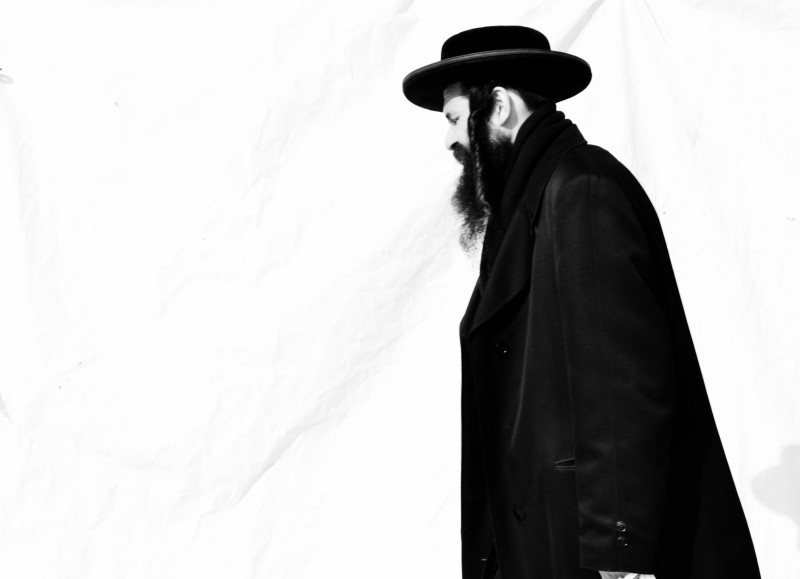 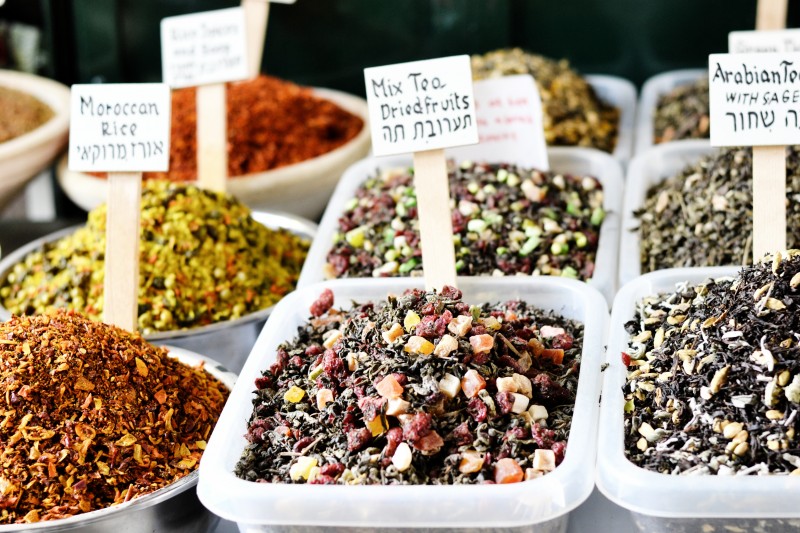 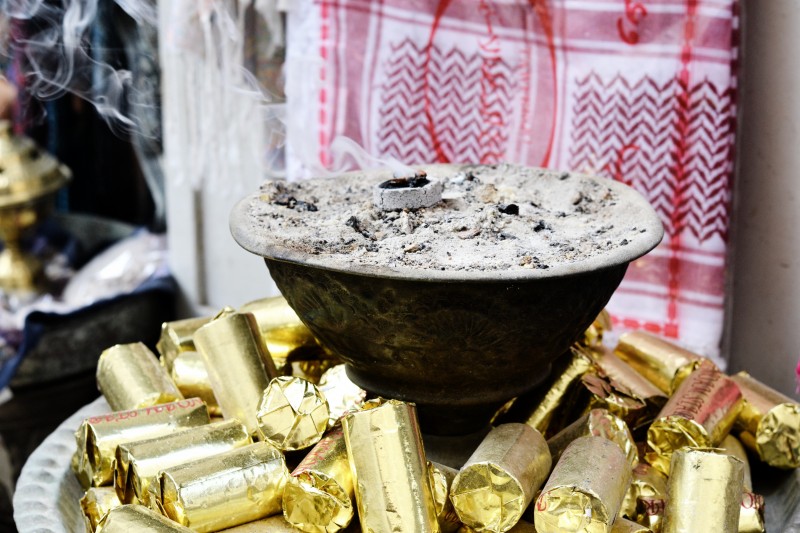 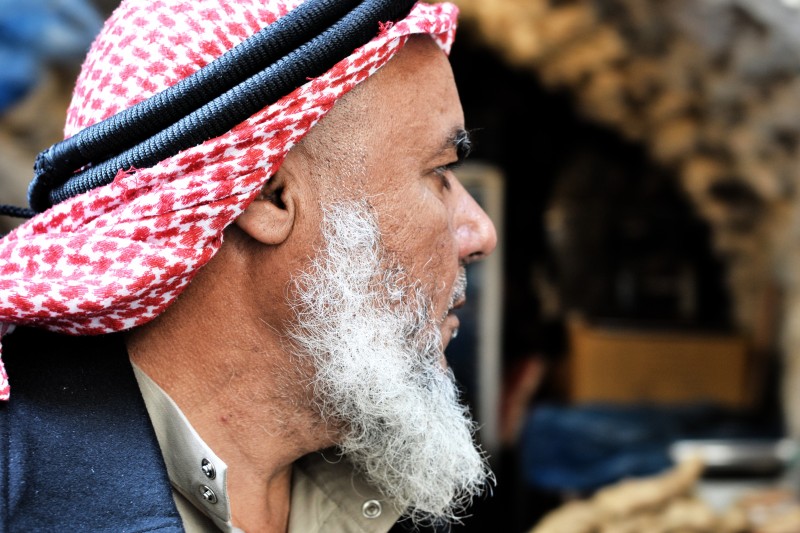 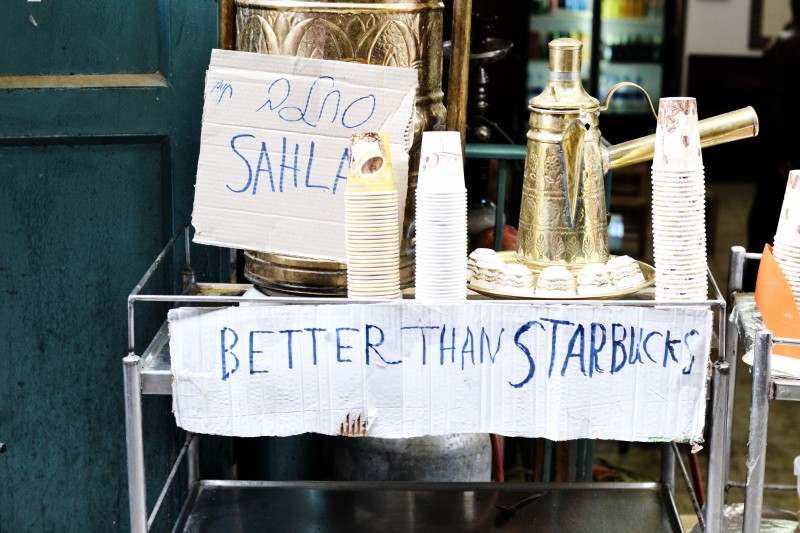 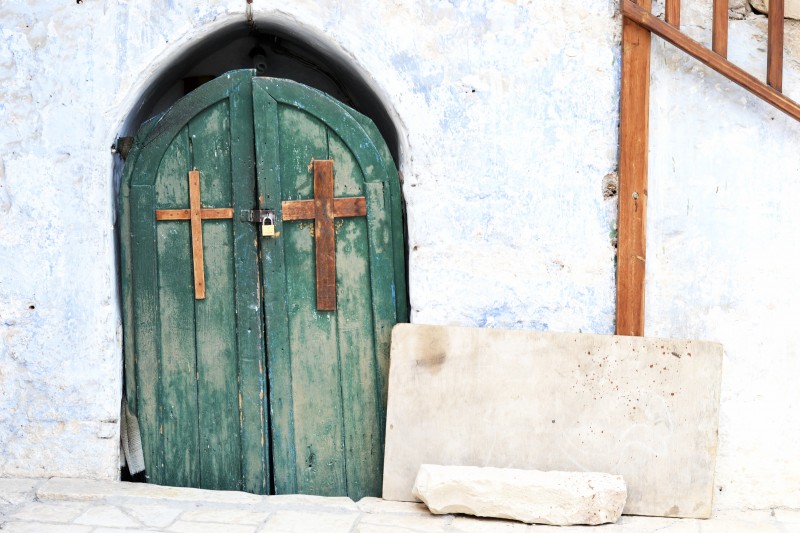 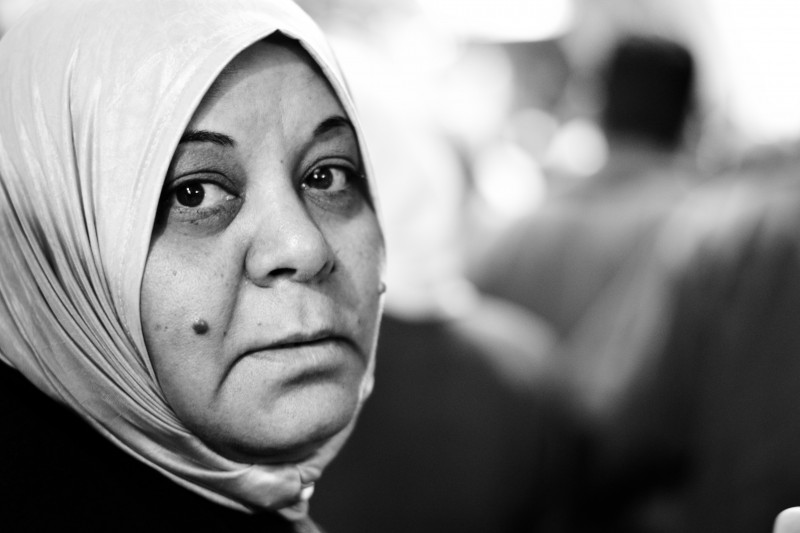 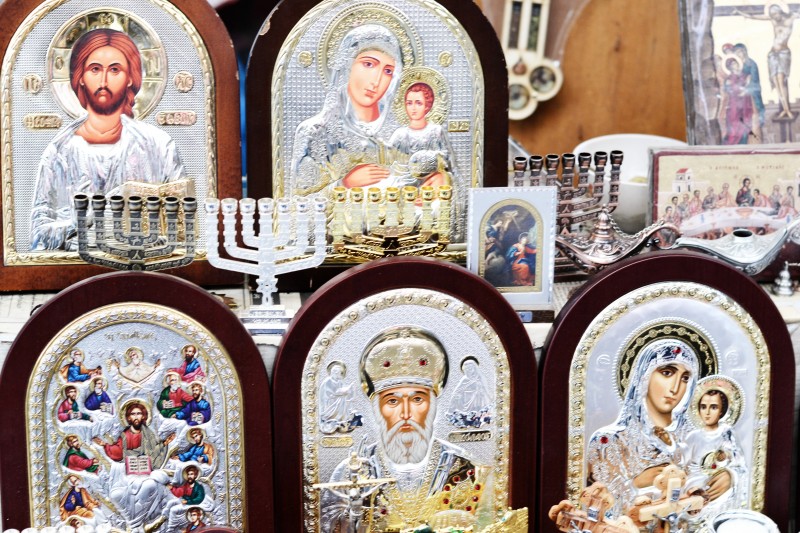 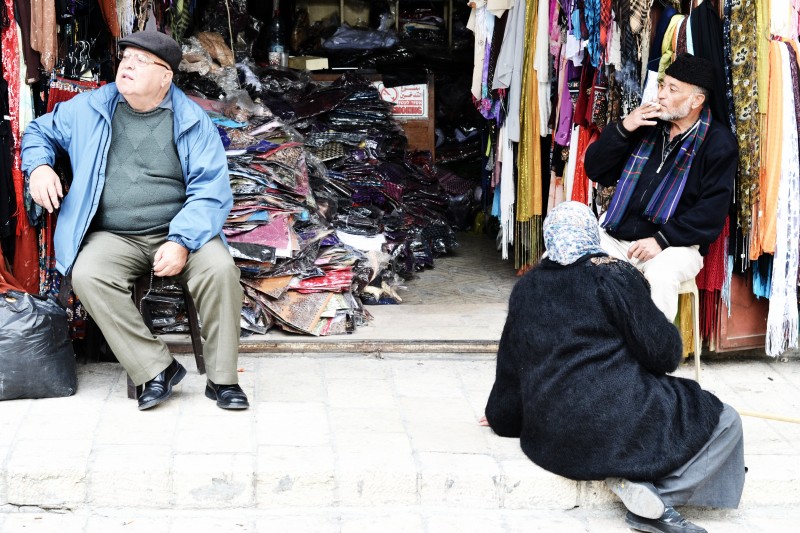 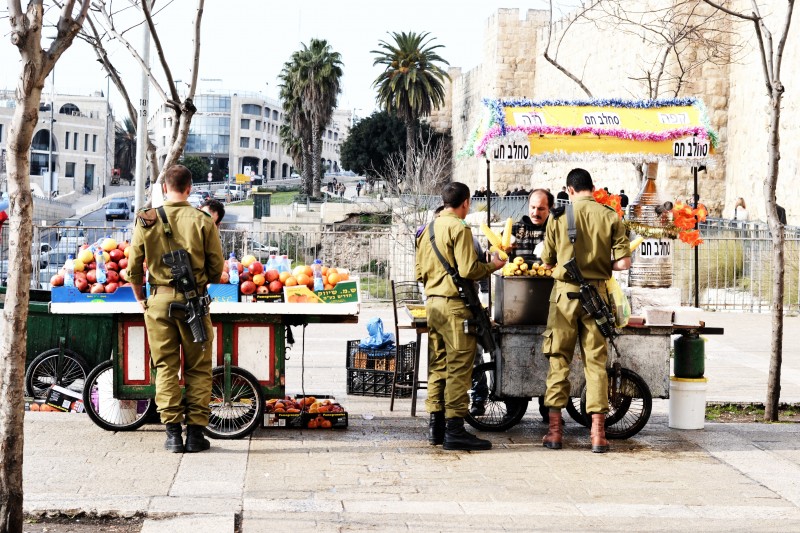 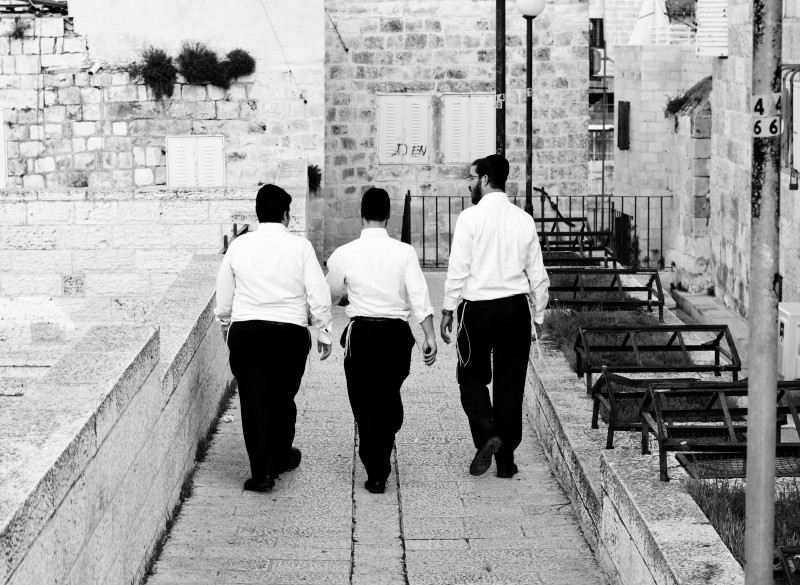 The Old city is divided into 4 quarters: the Muslim, the Christian, the Armenian and the Jewish quarter. Because there is a lot to see in the Old city of Jerusalem and we only had a few hours before the start of Shabbat we concentrated on two places of visit. The Christian quarter contains the Church of the Holy Sepulchre (or the Church of the Resurrection). It is said that on this place Jesus was crucified (Golgotha), buried (the Sepulcher) and even resurrected. The Sepulcher can be reached through countless other little churches, all connected to one another by narrow hallways. Without our Israeli friends guiding us through the city we probably would still wander around in this maze of holy stones, scented by heavy incense. 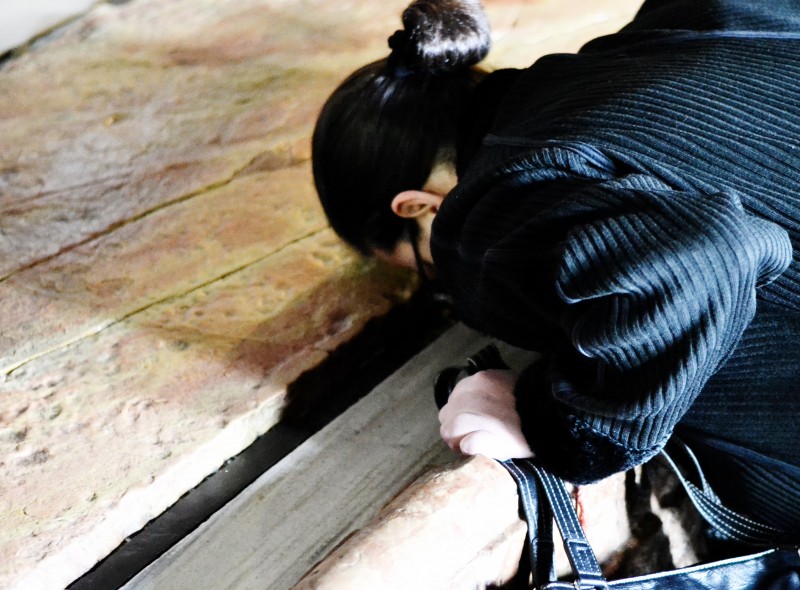 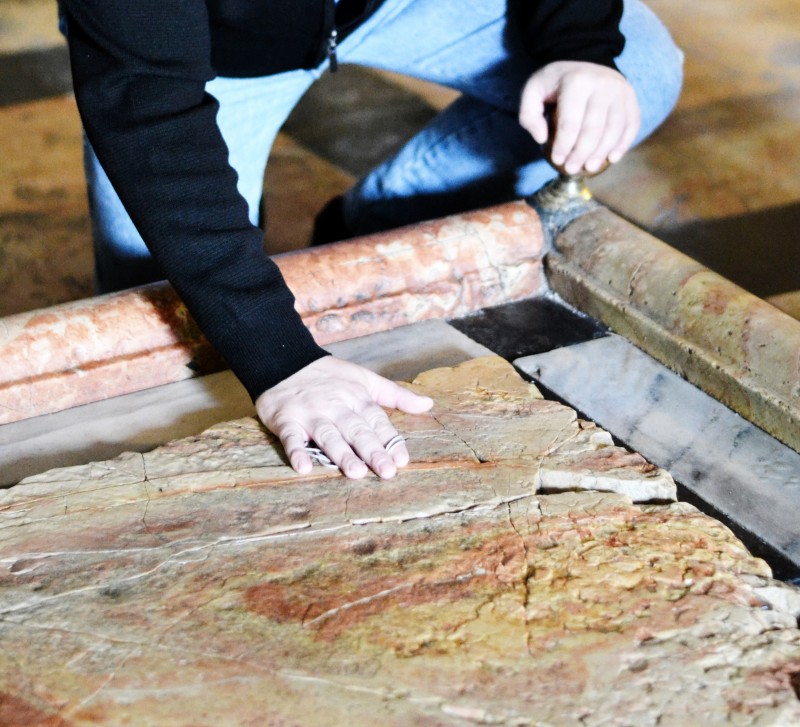 Up: the Stone of Anointing, which tradition claims to be the spot where Jesus’ body was prepared for burial by Joseph of Arimathea. 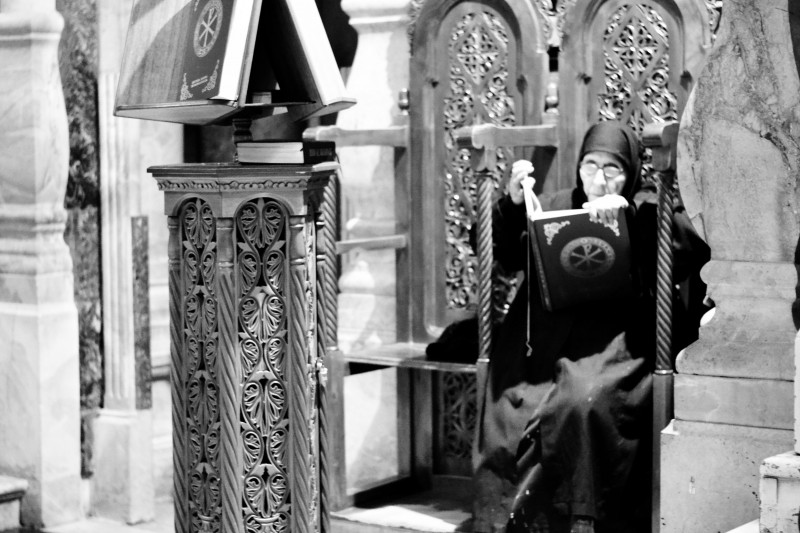 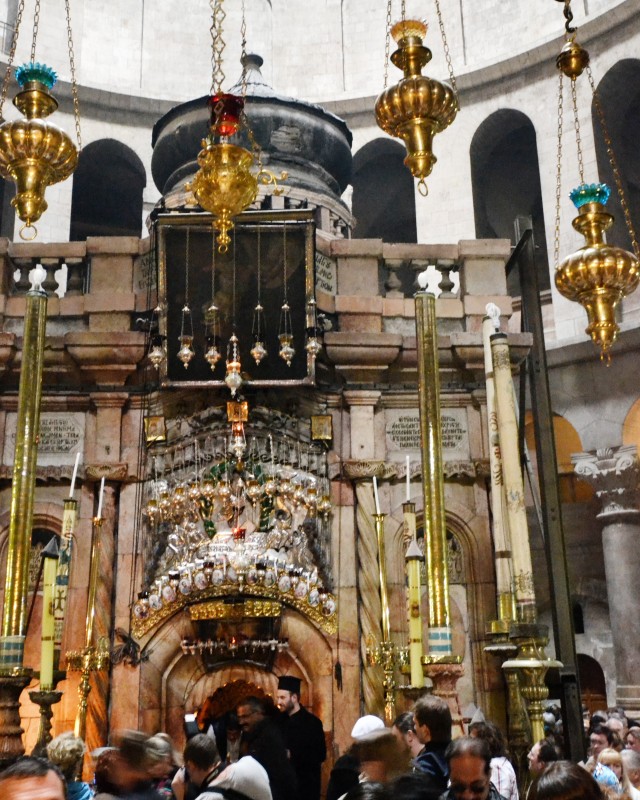 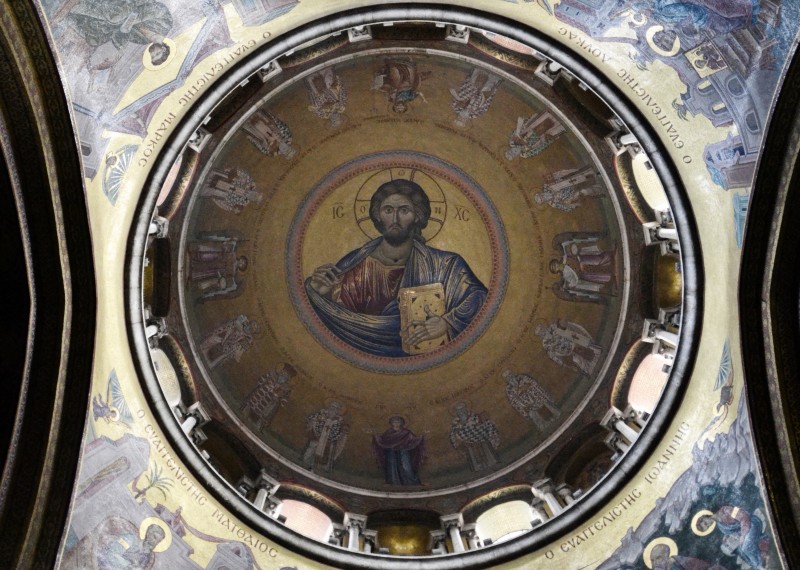 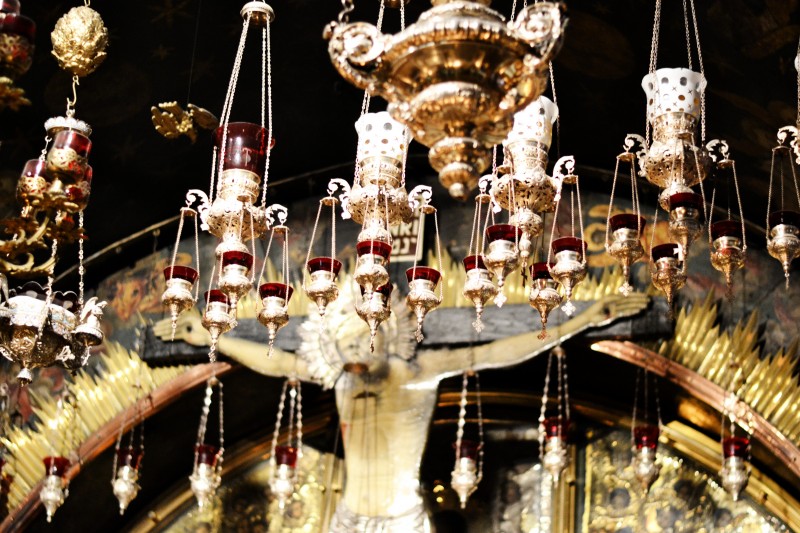 In the Jewish quarter lies the Western Wall or Kotel.  The wall is a remnant of the ancient Temple wall. The Jewish quarter has had a rich history, with a nearly continual Jewish presence since the eighth century BC. The Wall has been subject of many conflicts. According to the legend anyone who prays in the Temple in Jerusalem, “it is as if he has prayed before the throne of glory because the gate of heaven is situated there and it is open to hear prayer”. A lot of people come to the Western Wall to pray and wail (therefore the wall is also known by its other name: the Wailing Wall). There is also a practice of placing slips of paper containing written prayers to God into the cracks of the Wall. Fun fact: the Rabbi of the Western Wall receives hundreds of letters every year addressed to “God, Jerusalem“. He folds these letters and places them in the Wall. Twice a year the Rabbi collects the notes left in the Wall and buries them in the Jewish cemetery on the Mount of Olives. 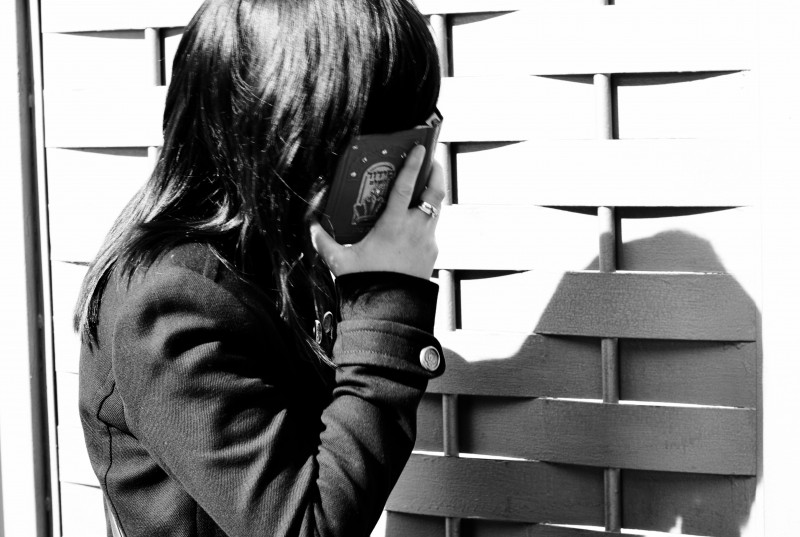 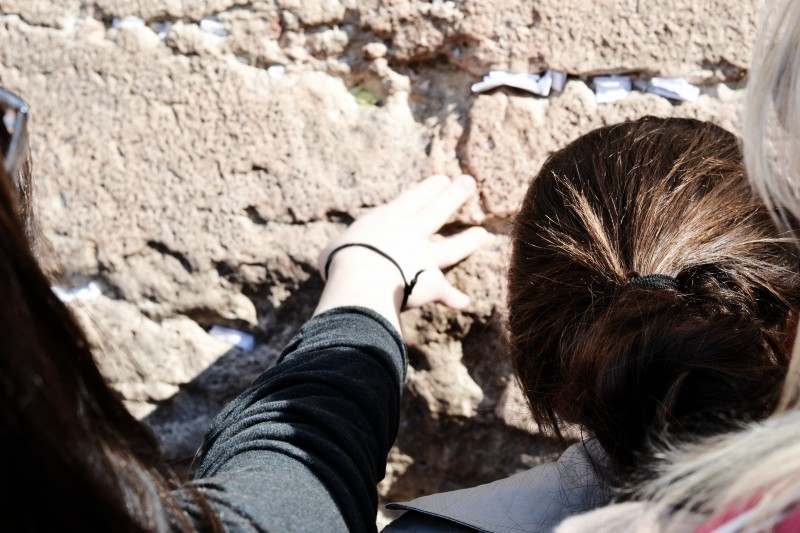 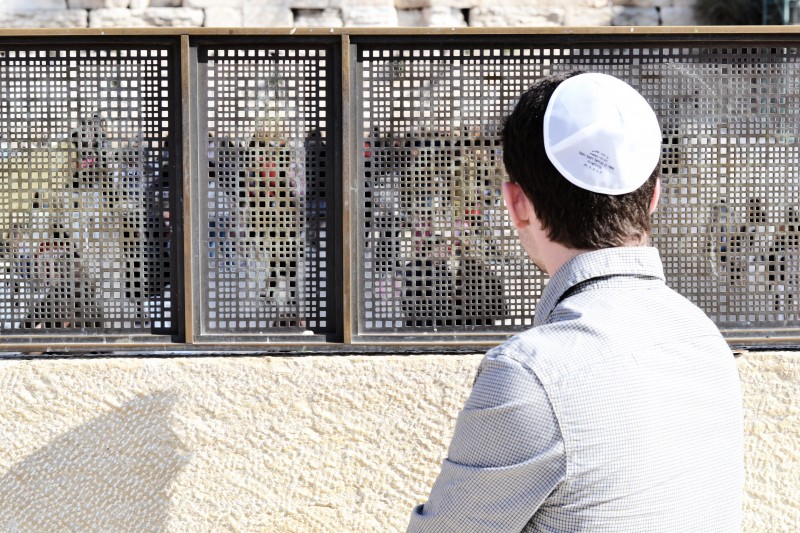 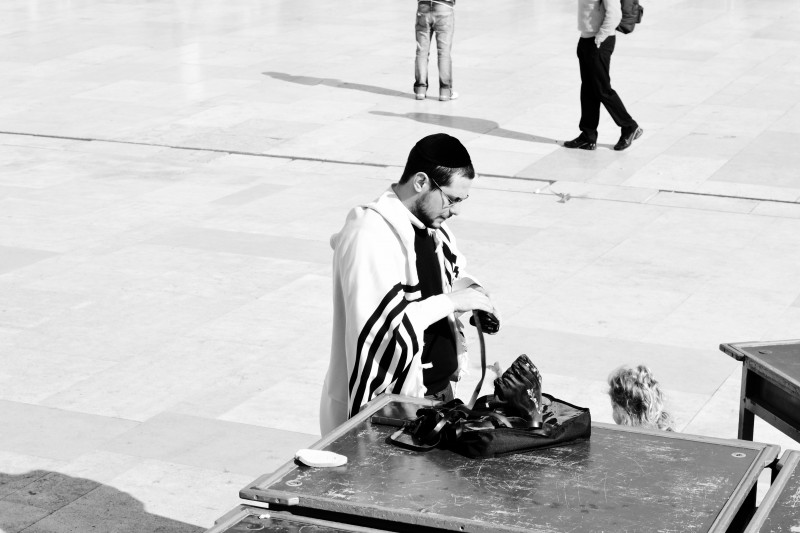 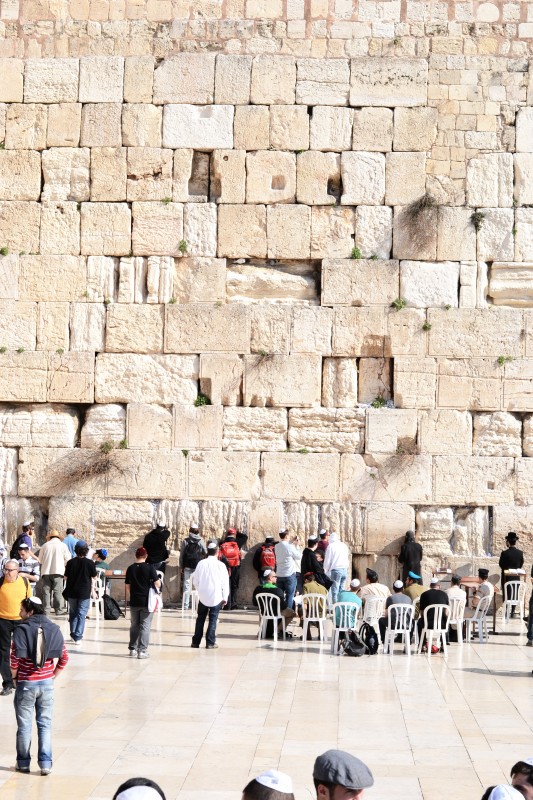 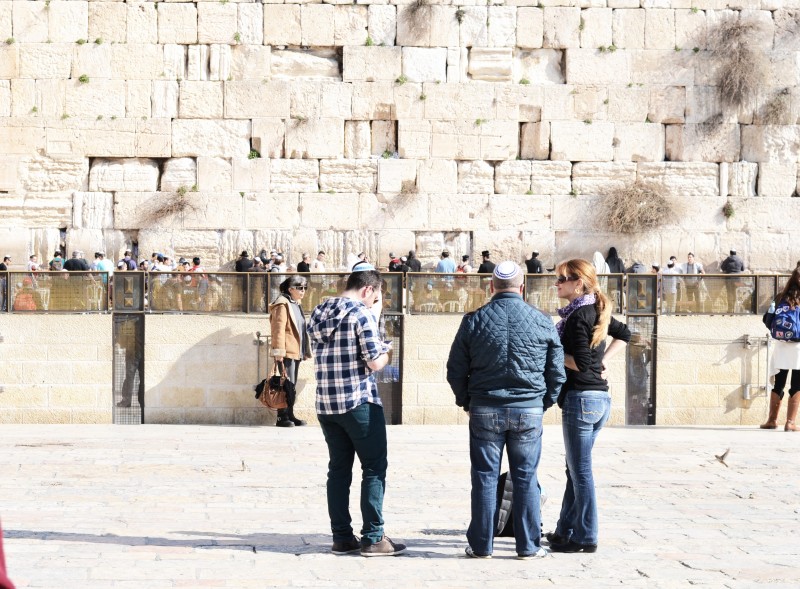 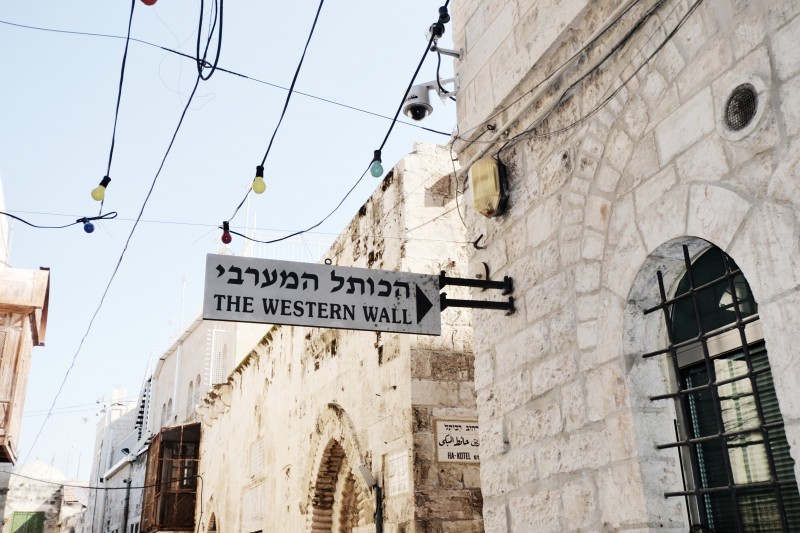 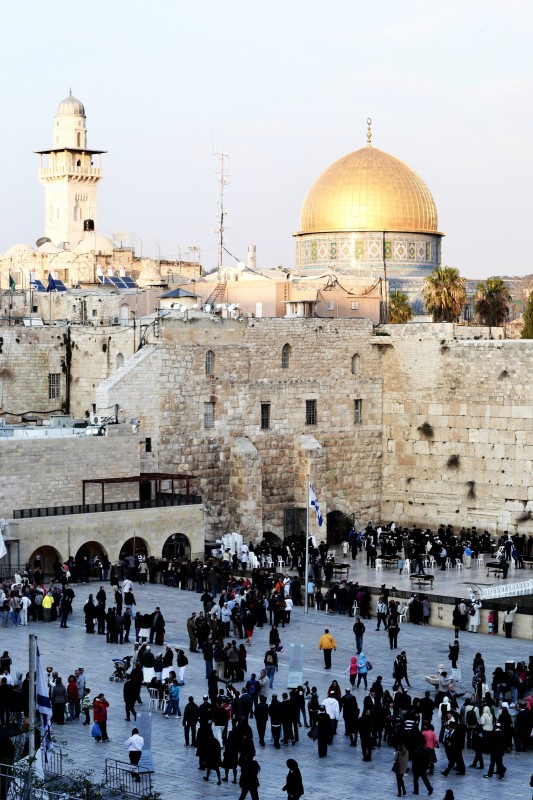 There’s a famous Jewish song called “Yerushalayim Shel Zahav” (“Jerusalem of gold”). The song was written by Naomi Shemer in 1967 and originally described the Jewish people’s 2000-year longing to return to Jerusalem. A final verse was added after the Six-Day War to celebrate Jerusalem’s re-unification, after 19 years of Jordanian occupation. I believe the saying “Jerusalem of Gold” has a wider meaning, that expands to all religions and nationalities who are touched by the presence of this historical and holy place. It’s a place of emotional, monetary and religious richness. Of gold in every meaning of the word. It’s what people have fought over for thousands of years and are still fighting for. This is a place that has conquered my heart and i hope to return to its splendor and greatness lots of times.