What better than to start your summer when most summers are over? I’m not a beach person really; I mostly hate the sand everywhere. But at this time of the year I love it. The big heat and humidity of July August is gone. And so are the many loud tourists. Finally it’s calm, I’m back and the city is mine again. I feel my feet in the white sand, I swim in the clear sea and spend hours just enjoying the weather until after sunset. When does one have time to spend days at the beach? Never. Or during the Jewish holidays. You almost have no choice. Nobody’s working anyways.

This month we celebrate Rosh Hashana (Jewish New Year 5773), Yom Kippur (Day of Atonement) and Sukkot (Feast of Tabernacles). Each holiday has its history, meaning and traditions; and families have their own rituals around them. Rosh Hashana is the New Year and starts at sunset (like all Jewish Holidays) with a big traditional family diner. One of its main symbols is the dipping of apples in honey. To have a sweet year. On Rosh Hashana God inscribes each person’s fate for the coming year into a book called the Book of Life and waits until ten days later, at Yom Kippur depending on wether the sinner repents or not, to “seal” the verdict. During those Days of Awe, a Jewish person tries to amend his or her behavior and seek forgiveness for wrongs done against God (bein adam leMakom) and against other human beings (bein adam lechavero). Leonard Cohen’s song “Who by fire” is inspired by this prayer from the liturgy of the Day of Atonement:

We start Yom Kippur with a big dinner before commencing a 25-hour fast. I consider myself a secular Jew but this tradition is one I keep. I go to synagogue and I pray; in my own way. I question myself, I look back at the past year. Have I been a good person? A better woman? What do I expect and wish myself and my beloved family and friends for the coming year? Oh what am I lying, I ask myself those questions every day. Anyways; Yom Kippur is the day Jews ask for forgiveness. A day to repent. The end of the fast is sounded by the Shofar, a ram horn blown by the rabbi in synagogue. And then we go and eat again. What touches me is that Tel Aviv, a city that is not known for its silence nor religious practice, feels sacred on Yom Kippur. Just this holy silence for a day. And as soon as it’s over, Tel Aviv ignites again in its dynamics. This video by a colleague from StreetIsrael shows the power and impact of Yom Kippur on daily life.

During Sukkot Jews build a Sukkah (booth) where meals are eaten and the Mitzva is to host people in it. Sukkot refers to the temporary dwellings that we are commanded to live in during this holiday. Shemini Atzeret and Simchat Torah (“Rejoicing with/of the Torah”) mean the end of Sukkot and mark the conclusion of the annual cycle of public Torah readings and the beginning of a new cycle. 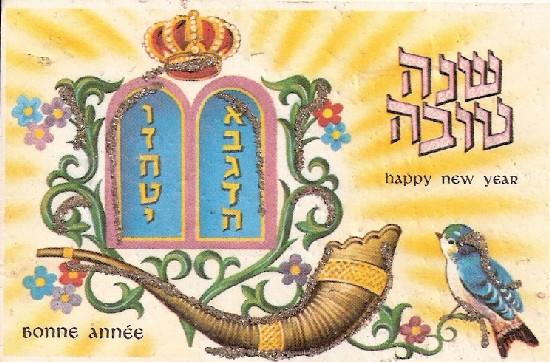