Tel Aviv has previously received official recognition from UNESCO as a world heritage site for its extraordinary and beautiful collection of more than 4000 original white Bauhaus buildings scattered throughout the city. Today, the White City is to enjoy an additional title of Creative City as Tel Aviv is now the newest member of UNESCO’s Creative Cities Network in the category of Media Arts.

Tel Aviv will become a member of the Creative Cities Network recognized in the field of Media Arts. Cities in this area are characterized by the existence of creative industries and cultural activity driven by the use of digital technology and the successful implementation of media arts for the benefit of improving urban life. This is measured by the accessibility of cultural events and products through digital technology and the existence of electronic art forms and their integration into the life of civil society and their ability to strengthening local working studios and media arts projects.

The acceptance of Tel Aviv into the Creative Cities Network is a great honor for the city and will only strengthen the development of activities, projects and initiatives in the field of Media Arts and culture, and continue the Municipalities activities with the wide range of communities living in the city, academia, the business sector, industry, cultural institutions and more. Alongside local activities, an important aspect of the Network is creating international partnerships between the cities. Partnerships based on cooperative learning and the exchange of knowledge, enabling each partner to harness the creativity in their local economy and use it for social development. In order to retain the title, Tel Aviv will present annually to the organization and demonstrate the past-years cooperative initiatives with officials in the city and internationally.

Commenting on the achievement, the Mayor of Tel Aviv-Yafo, Ron Huldai said:

“Ten years ago, UNESCO declared the White City of Tel Aviv as a world heritage site. The world recognized the importance of the city’s architectural past. Starting from today, Tel Aviv’s entrance to UNESCO’s Creative Cities Network UNESCO reflects the world’s recognition of the city’s contribution to the present and the future – recognition of Tel Aviv as a vibrant center of cultural creation and breakthrough technology, the creative industries and the focus of the original visionary scene of digital innovation and initiatives”. 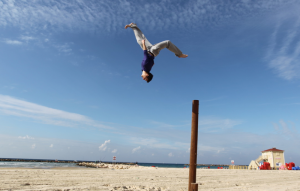 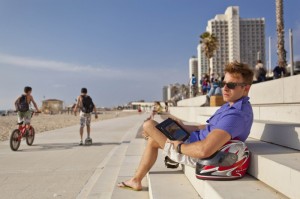 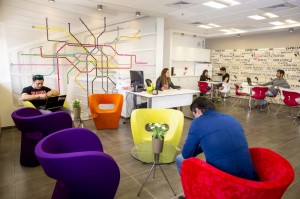