And this is why I haven’t posted anything in two weeks. On Thursday July 18th we organized the opening ceremony of the 19th Maccabiah games. Major production, big success. You may say the Maccabiah games are like the Jewish olympics. Here are a few of my photos: 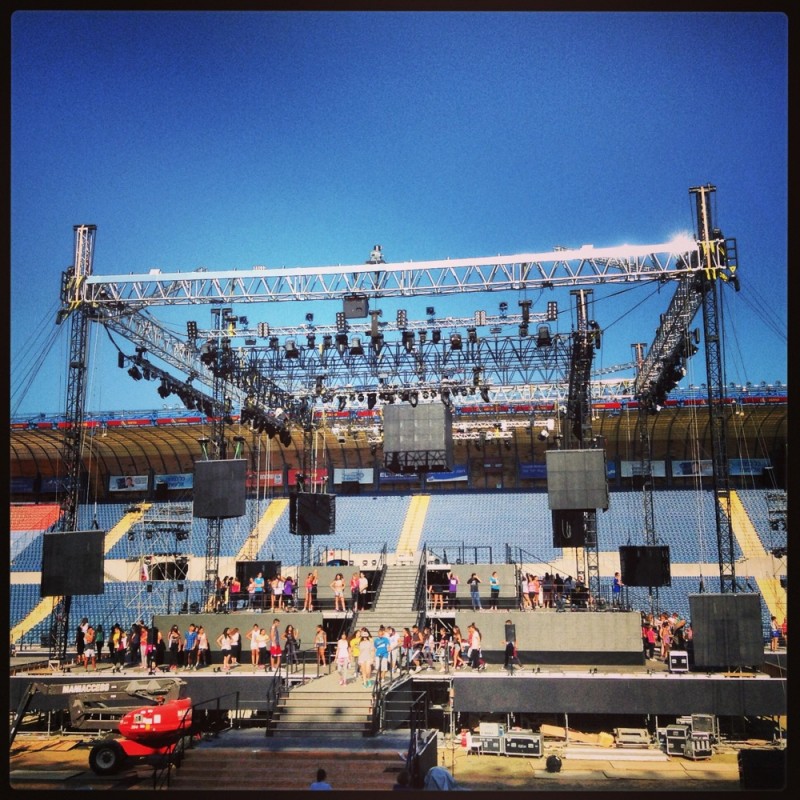 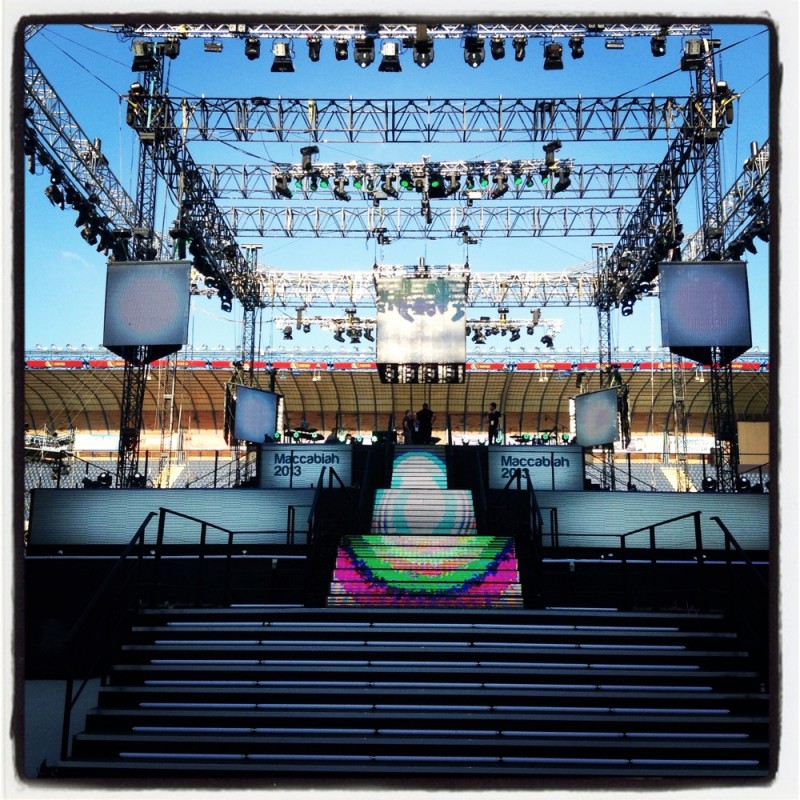 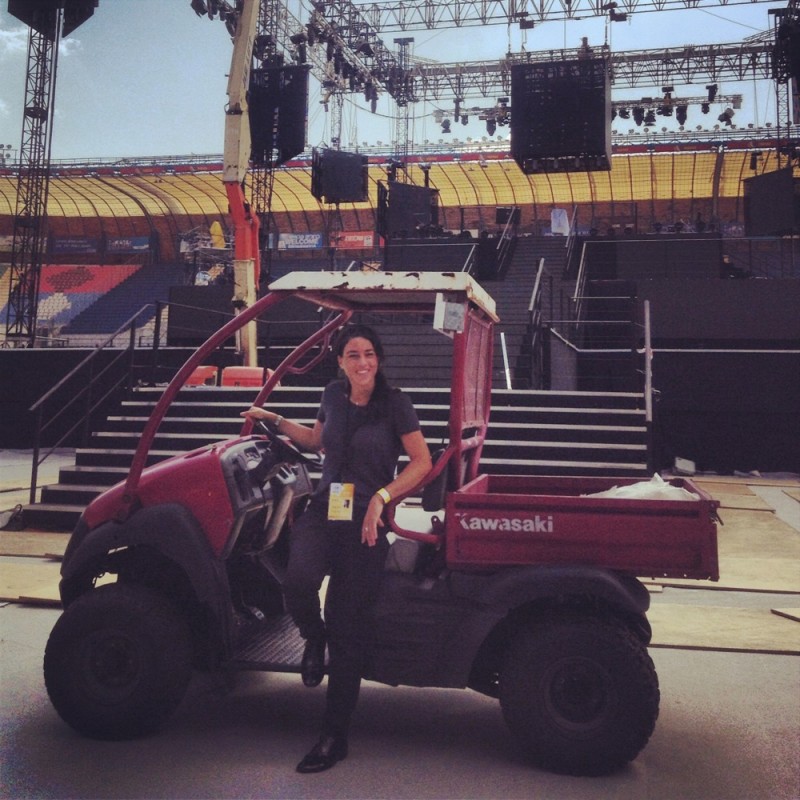 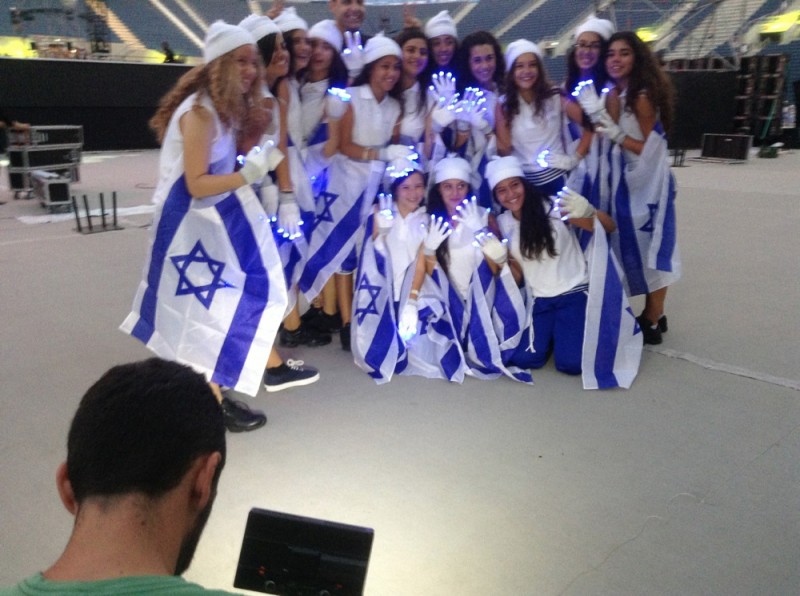 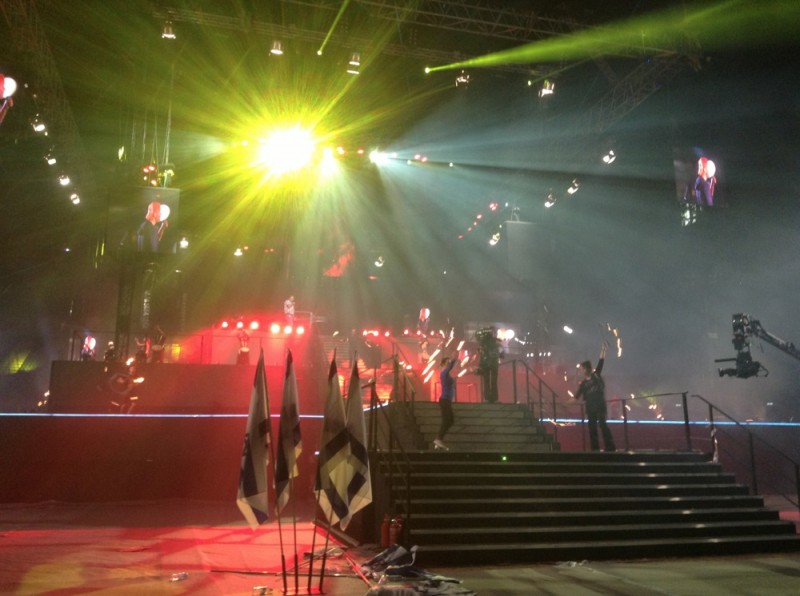 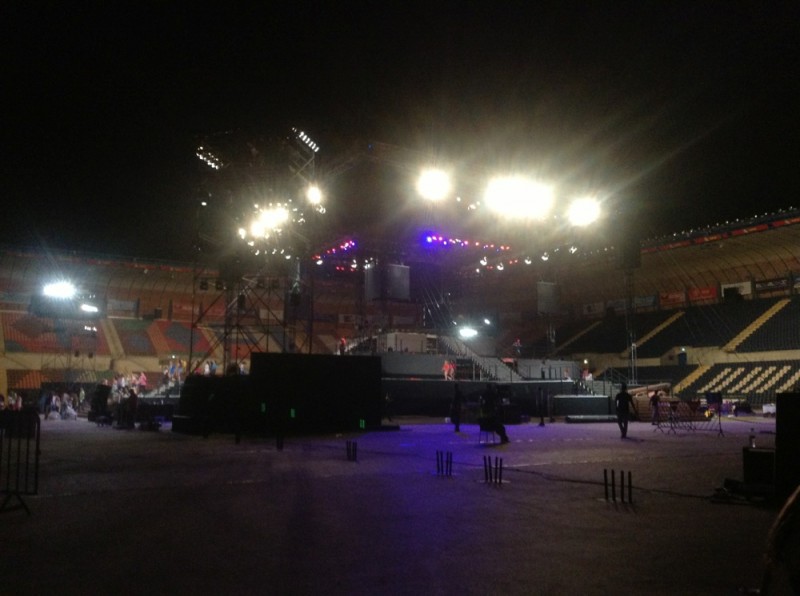 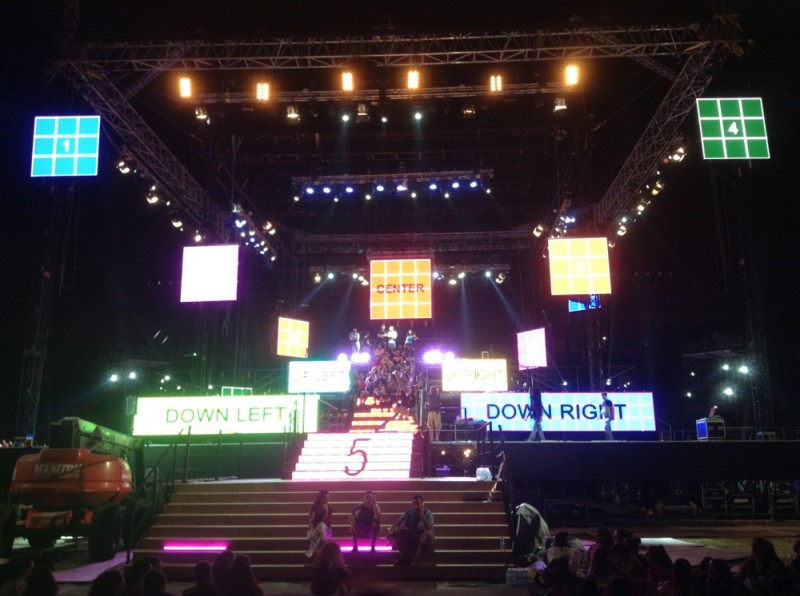 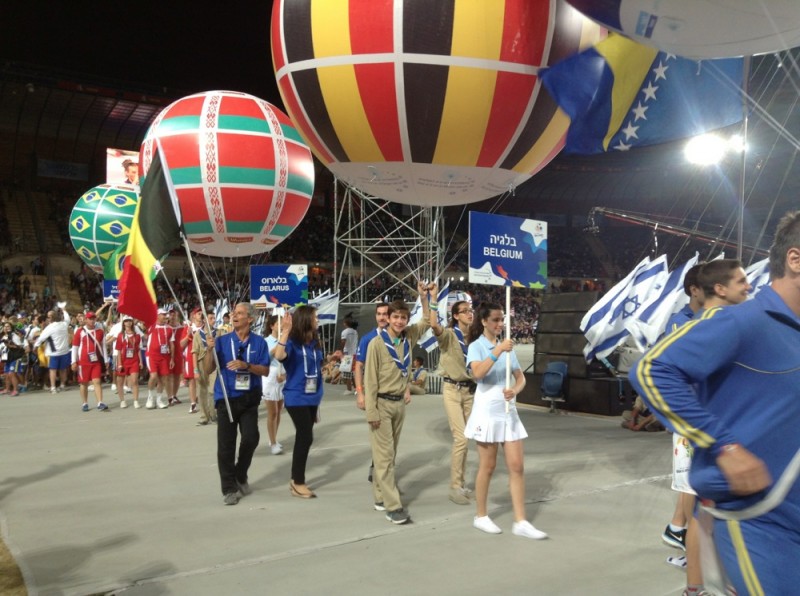 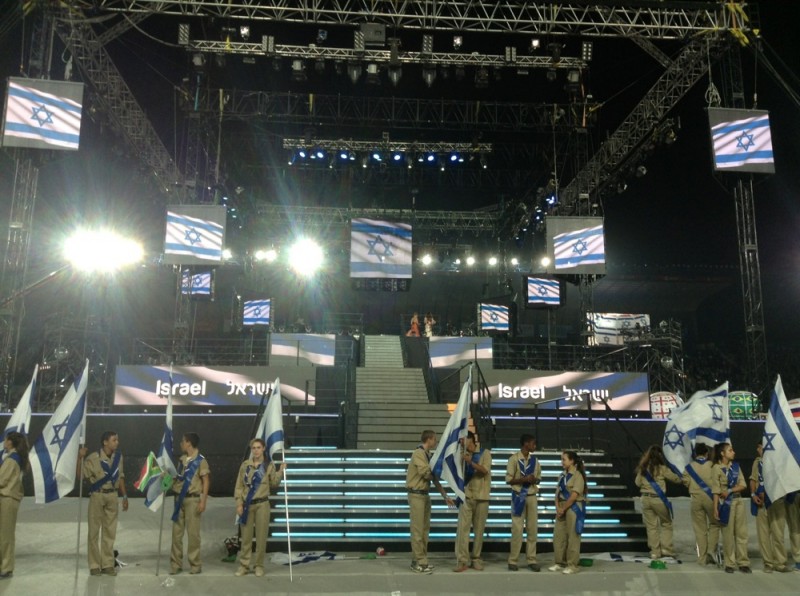 “MACCABIAH OPENING CEREMONY: PARADING IN A CELEBRATION OF NATIONS AND COLORS”

The 19th Maccabiah begins tonight (Thursday), as some 9,000 athletes representing more 78 countries get ready to compete in 42 sports.

The 19th Maccabiah Games kicked off Thursday night with a gala opening ceremony at Jerusalem’s Teddy Stadium that was attended by thousands of spectators. Prime Minister Benjamin Netanyahu and President Shimon Peres were set to take part in the event to honor the 9,000 athletes representing 78 countries, the largest number of competitors ever at the Maccabiah games.

The ceremony begun with a colorful parade of the athletes and the atmosphere in the stadium was enchanting. It was a celeration of music, colors and Jewish spirit from all over the world. Next to come, lighting of the Maccabiah torch, as well as performances by popular musicians from Rami Kleinstein and Harel Skaat to newer talents such as the Grammy-winning, Israeli-born violinist Miri Ben Ari; the Canadian-born singer Kathleen Reiter, winner of “The Voice Israel” and “The X Factor” (United States) finalist Carly Rose Sonenclar.