Ever enjoyed a Jaffa orange? Its excellent and sweet taste is known throughout the world. However, not a lot of people know that the oranges are exported from a city with a richer history than the content of Madonna’s bank account. Even fewer people know that partnerships in growing and exporting these oranges are an example of Arab-Jewish cooperation despite the political tensions. All politics aside, Jaffa’s history left me feeling like i just came out of an unknown bed in which i had a great time: confused and excited. 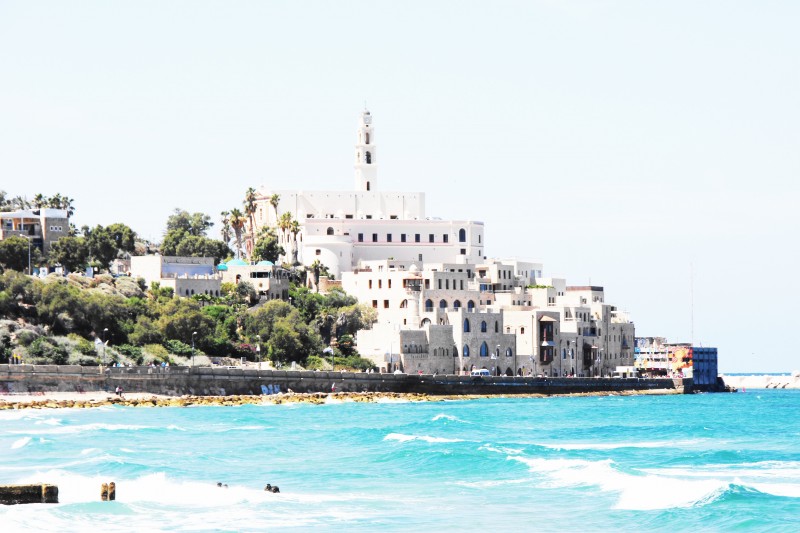 According to legend, Japhet (the son of Noah – the patriarch who saves himself, his family and all the world’s animals when God decides to destroy the world because of mankind’s evil deeds), founded Jaffa (Yafo in Hebrew). Jaffa has seen rulers from all corners of the world. From archeological discoveries and ancient documents, historians learned that Jaffa existed as a port city some 4.000 years ago. During that time it provided Egyptian and Phoenician sailors. From biblical accounts that mention the trade of cedars from Lebanon for construction of King Solomon’s Temple, to the story of Jonah and the whale, over Greek legends of the beautiful Andromeda and Perseus and the Biblical visions of Apostle Peter, the history of Jaffa seems like a never-ending story. Alexander the Great, Roman legions, Richard the Lion Heart, Muslim sultan Saladin, Napoleon and General Allenby all conquered the city. The port of Jaffa played a huge role in medieval pilgrimage to Jerusalem and in the increased Jewish immigration in the 19th and 20th century. In short: throughout time, people were very attracted to this economic, religious and vibrant place.

By the beginning of the 20th century the population in Jaffa had grown considerably. A group of Jews left Jaffa for the sand dunes to the north and started a settlement outside the congested city. This settlement, known first as Ahuzat Bayit (lit. “Homestead”), grew to be the city of Tel Aviv. The increased immigration also led to tensions between the Ottoman empire and the new arriving population. In the midst of the First World War, believing their military security to be at risk, the Ottoman authorities deported the entire civilian population from Jaffa and Tel Aviv. The Jews were to be resettled in Egypt, Jerusalem and cities in central and north Palestine. They were not allowed to return until after the British conquest of Palestine.

After the British took control of the area, tensions between the Jewish and Arab populations of the city start to become more frequent. This led to a wave of attacks: the Jaffa riots in 1921 (leaving many Jewish residents to flee and resettle in Tel Aviv), the 1936-1939 Arab revolt in Palestine (inflicting great economic and infrastructural damage on Jaffa) and the 1947-1948 attacks (following the 1947 UN Partition Plan). Because of these attacks, thousands of people fled from Jaffa, leaving nothing behind but cats and dogs. Poverty threatened the continuation of Jaffa as a thriving city. In 1968, the Government of Israel and the Tel Aviv-Jaffa Municipality decided to establish a corporation for the Development of Old Jaffa. It’s primary task was to avert the total destruction of Old Jaffa’s glorious past. 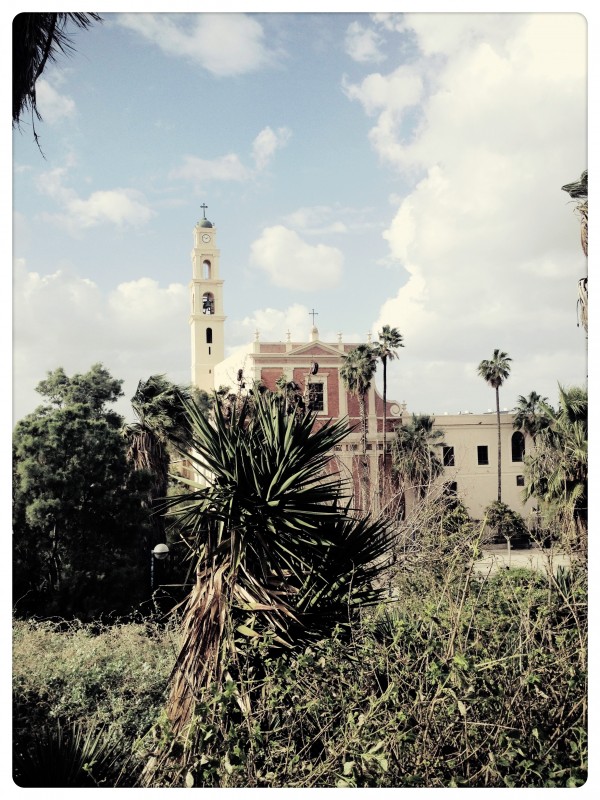 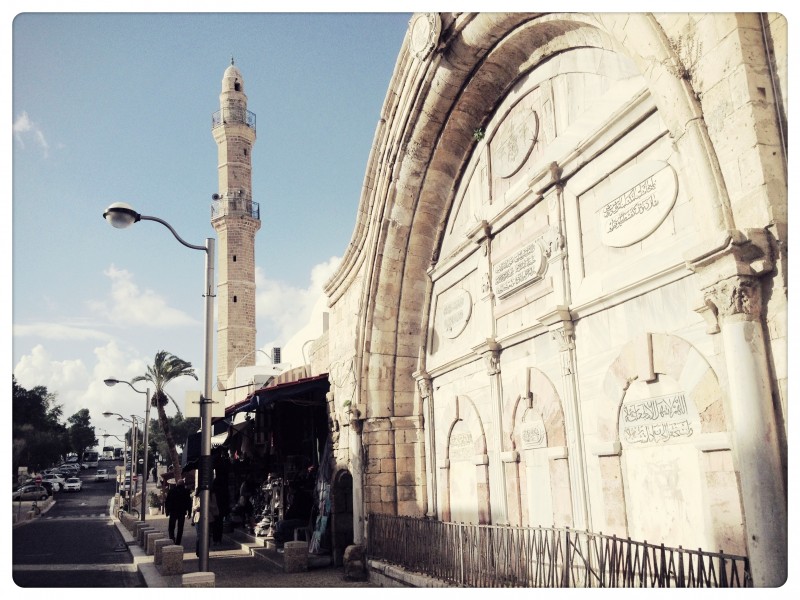 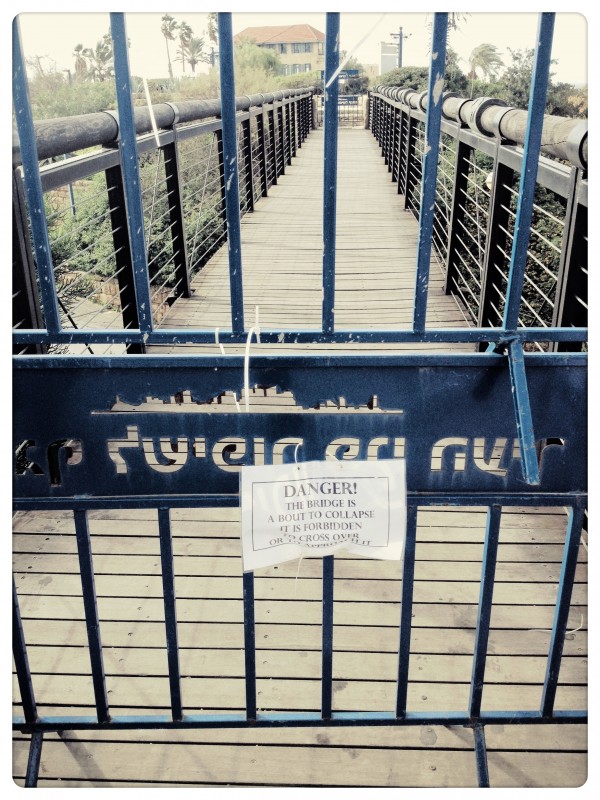 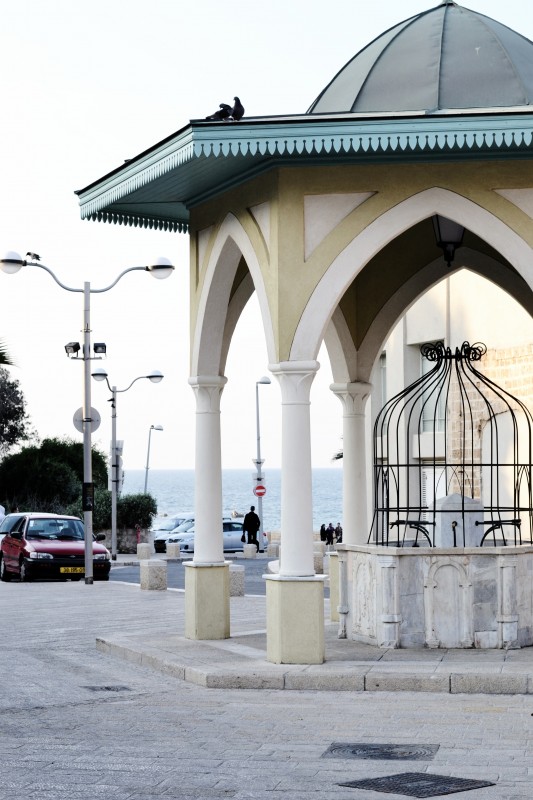 Old Jaffa has since become one of Israel’s biggest tourist attractions. The city now consists of Jews, Christians and Muslims. Its narrow alleys are lined with artists’ quarters, art galleries and shops filled with jewelry, archeology (whether real or false is to be contested) and of course, oranges. The sight of the ancient port and the rocks, set against the back drop of the modern city of Tel Aviv, the romantic paths and gardens in Old Jaffa and blue Mediterranean waves nearby, excite all senses. Today the city of Jaffa is more vibrant and cultural than ever, with terms like avant-garde and bohemian chic written all over its streets. It is a home to contemporary theater and art, tons of restaurants, antique stores, souvenir shops and of course the famous flea market. All this resting on Jaffa’s historical heritage which will never disappear. 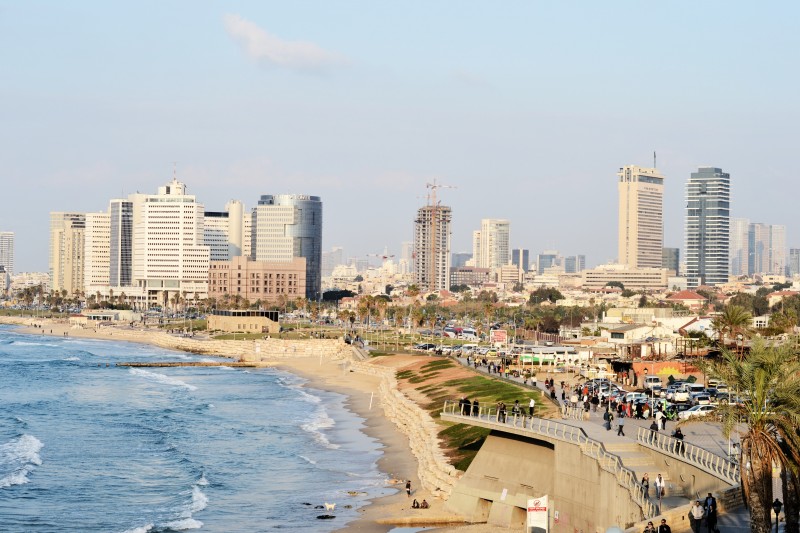 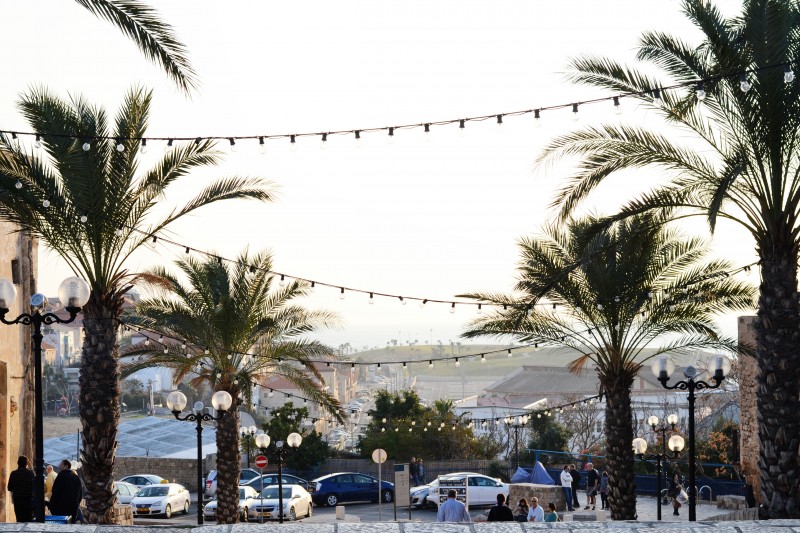 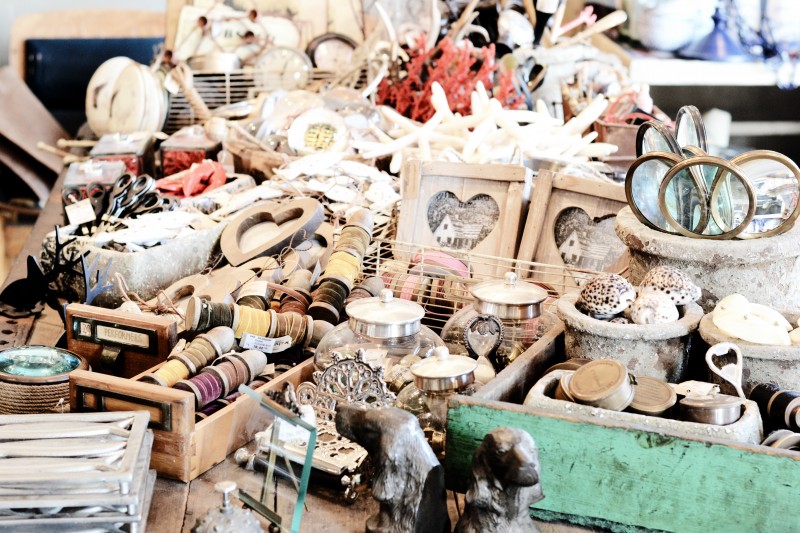 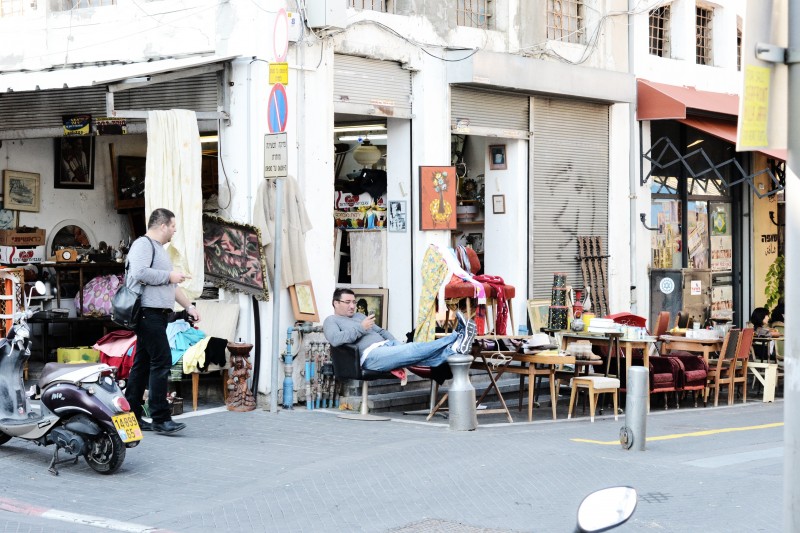 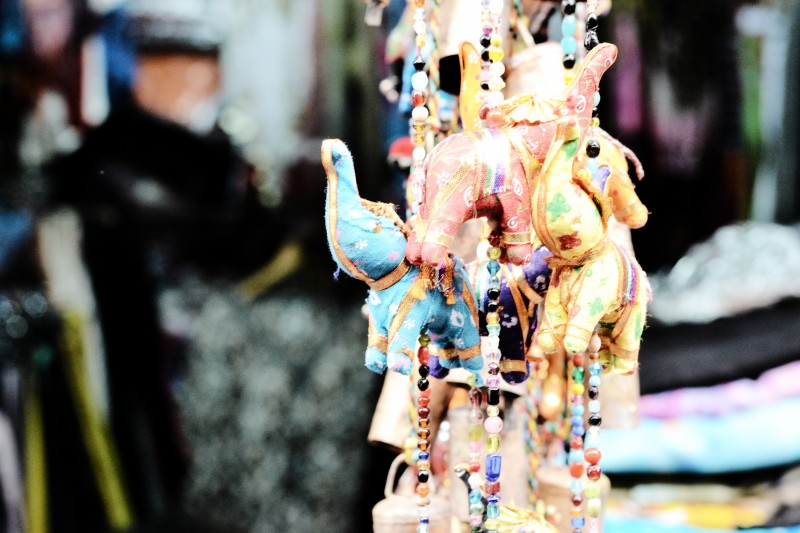 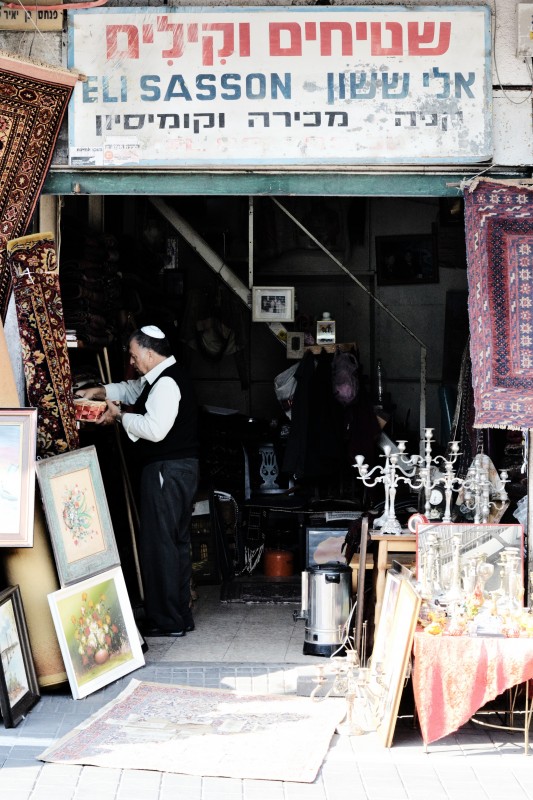 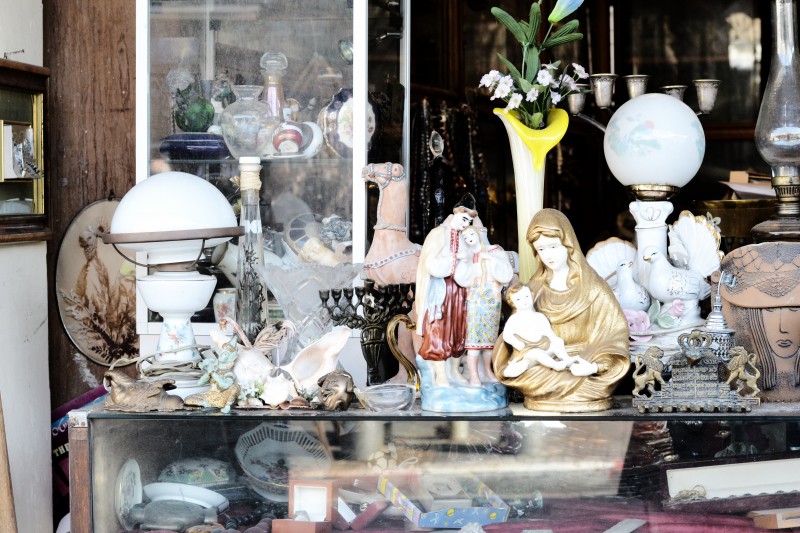 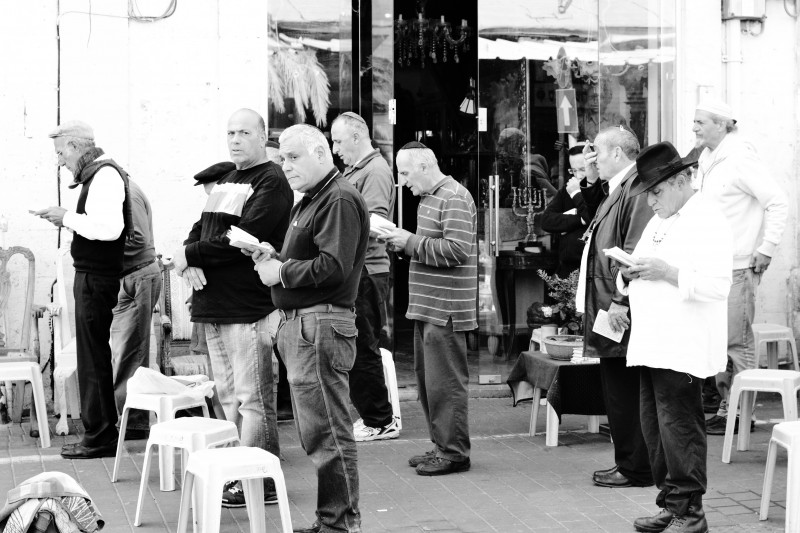 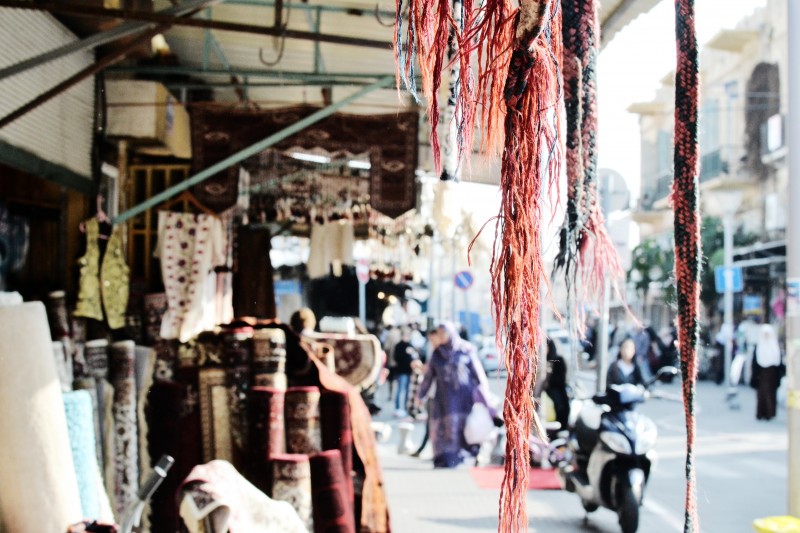 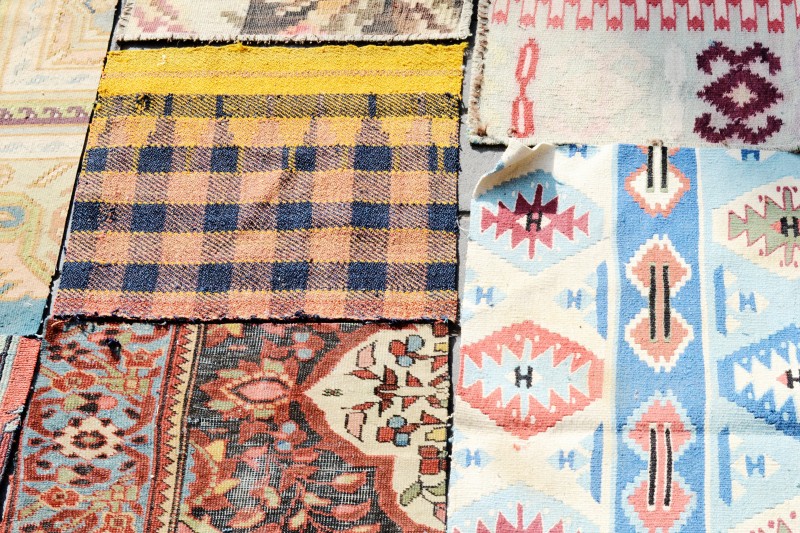 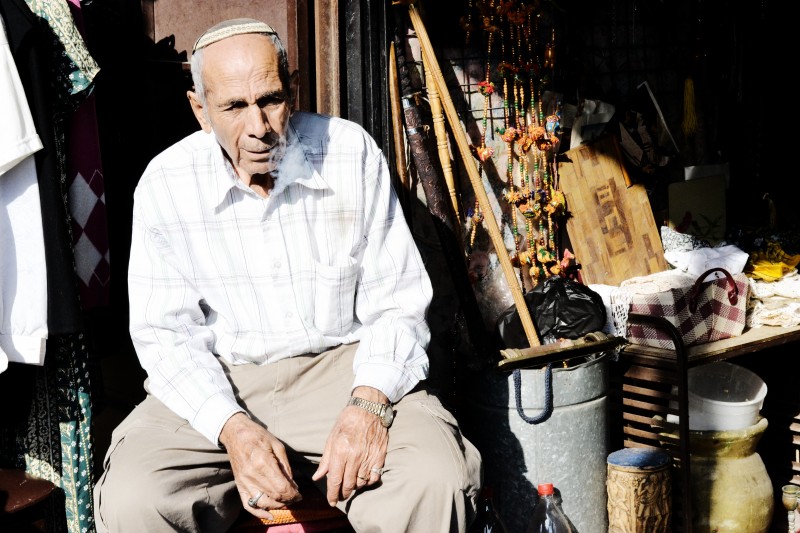 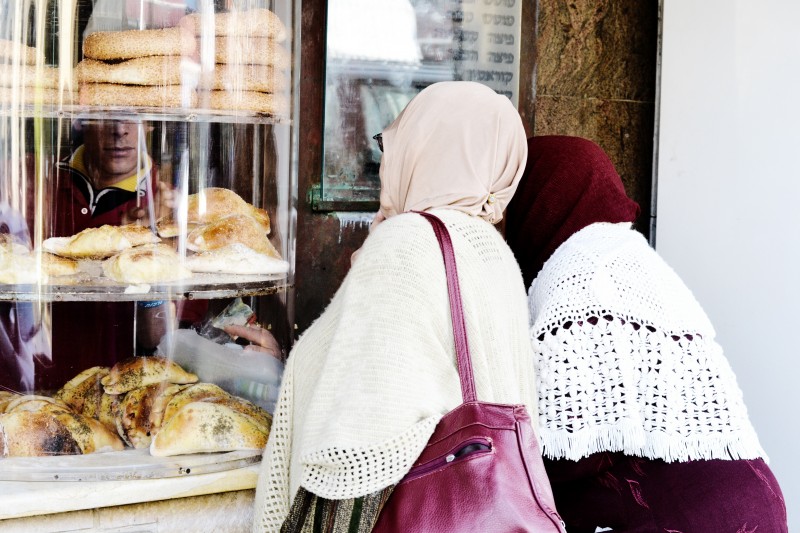 One of the things I can endlessly fill my days with is rearranging the furniture in my apartment. With rearranging I don’t mean moving the plant to the other corner. I’m talking total change. I used to move apartments every 6 months just to have a different kind of room to decorate (yes my “little” hobby is that bad). Eventually, it took about 10 moves all over the city before I found a place worth staying (a little longer) (I haven’t moved for over a year, which is a personal record!). I now limit my passion for interior design to visiting inspiring blogs like The Selby and using the new-found inspiration during my long strolls down vintage design markets. I’m always looking for cheap (not always functional but still cool) furniture or decorative objects.

I recently visited the Antwerp the Dubieus Design Beurs, organised by the Antwerp Winkelhaak Design Center. The Antwerp What organised the What What? The Winkelhaak Design Center is a glass fortress that provides office space for young creatives, such as photographers, graphic designers and product developers. Dubieus Design (literally translated: Questionable Design – which in my opinion doesn’t sound very grateful) is a market filled with curiosities and vintage design from the fifties ’till now. There’s a fine line between design and kitsch. But that’s the way I like my interior! Most pieces are affordable, but there are exceptions, especially when it comes to pieces of known designers. Unfortunately, my tiny budget doesn’t allow investing in real design furniture (yet). 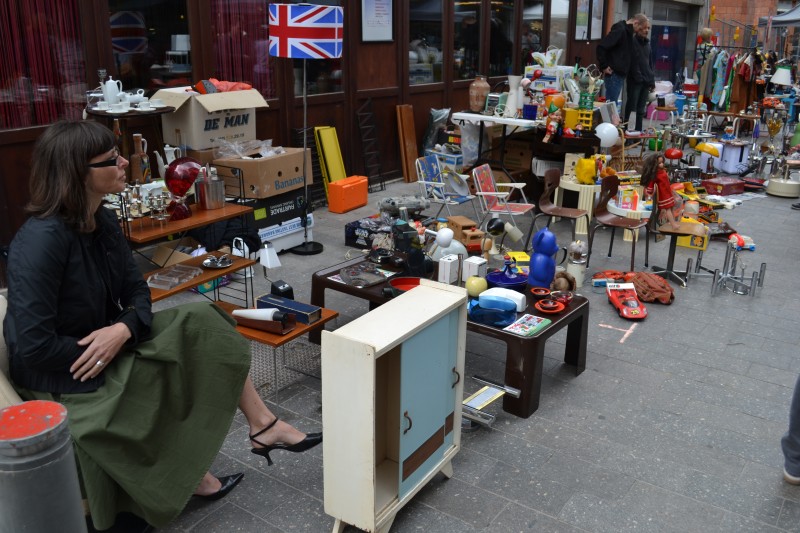 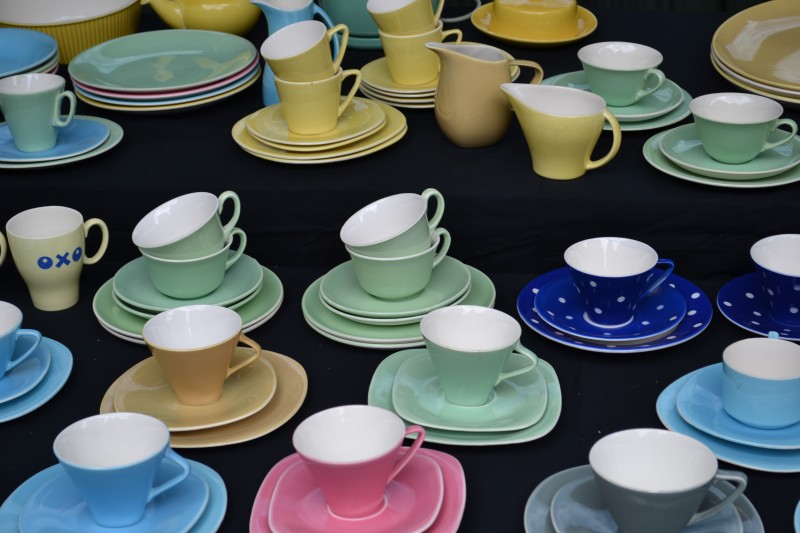 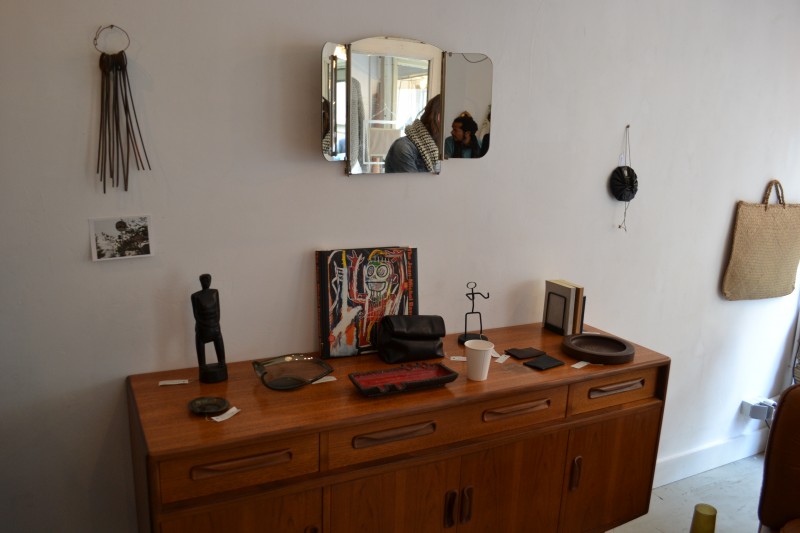 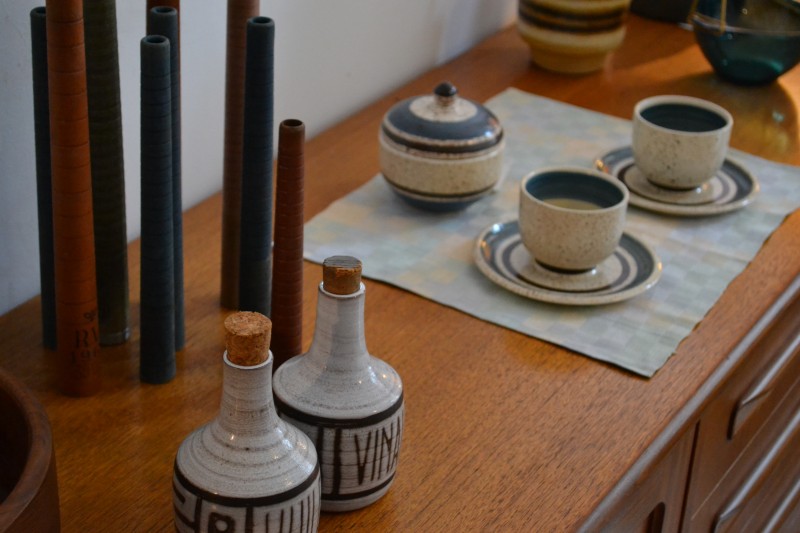 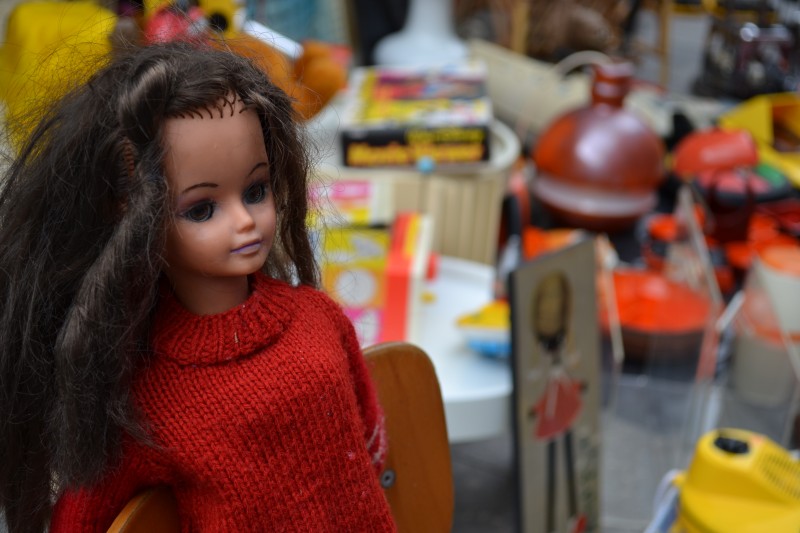 Inspirational Pictures found on The Selby*: 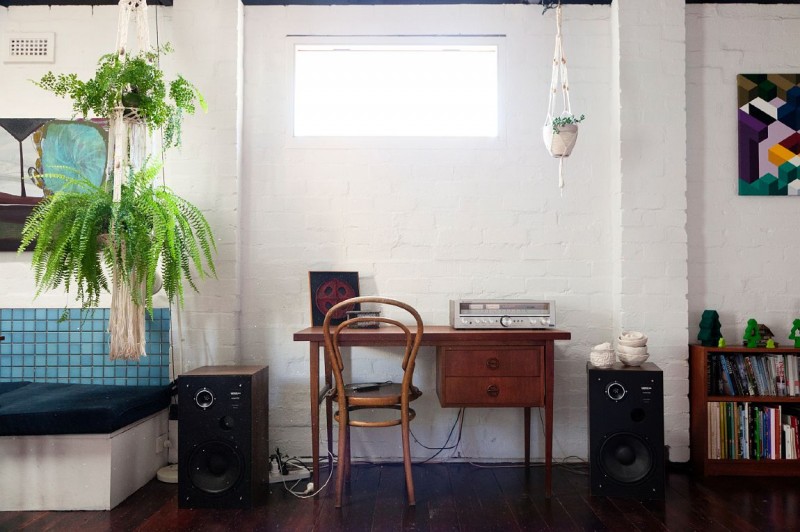 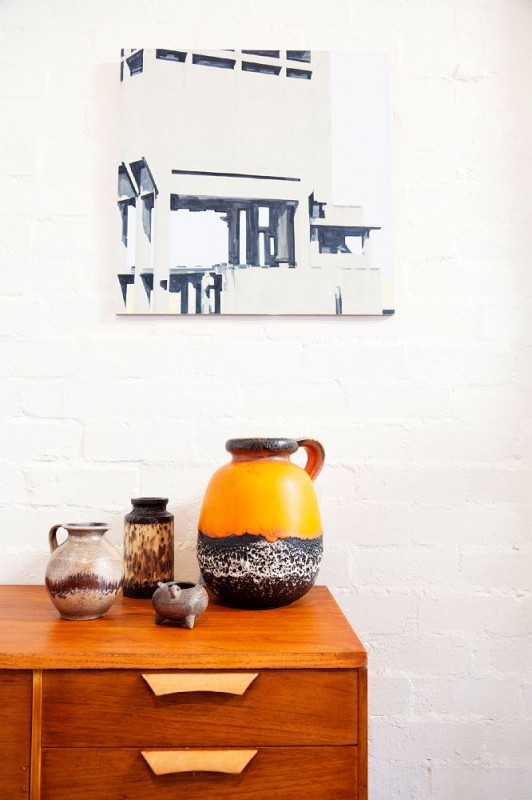 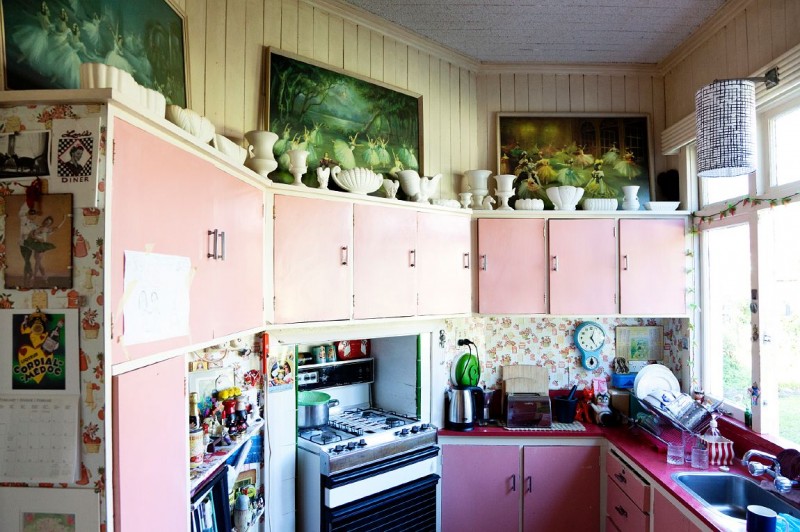 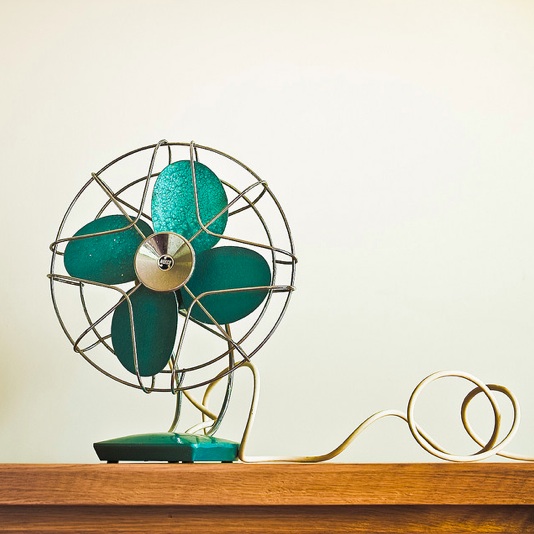 “Who is The Selby? Todd Selby is a portrait, interiors, and fashion photographer and illustrator. His project The Selby offers an insider’s view of creative individuals in their personal spaces with an artist’s eye for detail. The Selby began in June 2008 as a website, www.theselby.com, where Todd posted photo shoots he did of his friends in their homes. Requests quickly began coming in daily from viewers all over the world who wanted their homes to be featured on the site. The Selby’s website became so influential —with up to 95,000 unique visitors daily—that within months, top companies from around the world began asking to collaborate ” (TheSelby.com/about)