my all female special hour of great ladies’ voices 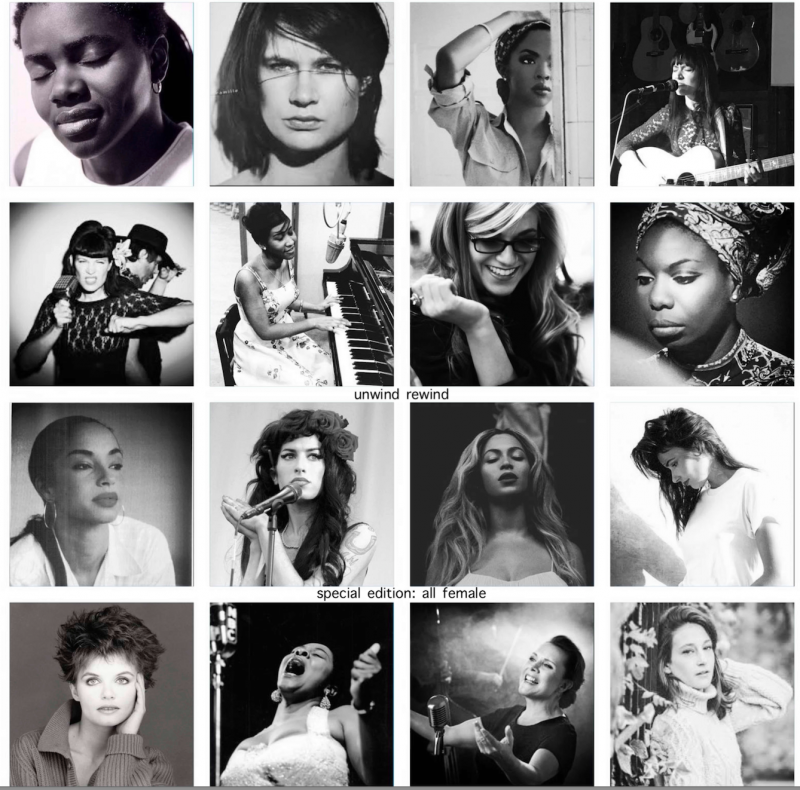 Today is International Women’s Day. This is the day to thank all the women who have ever fought or are still fighting for women’s rights somewhere in this world. Here are a few of the women we believe kick ass! 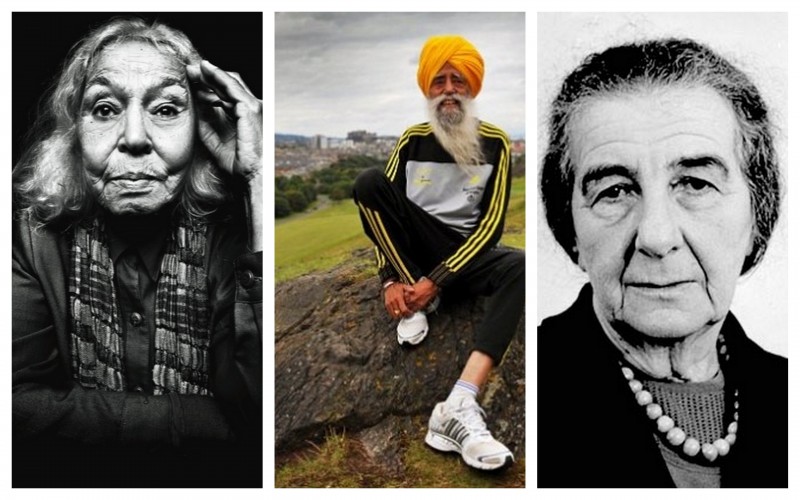 Nawal El Saadawi has been called the godmother of Egyptian feminism with the rebel gene. She has written many books on the subject of women in Islam, paying particular attention to the practice of female genital cutting in her society. She is founder and president of the Arab Women’s Solidarity Association and co-founder of the Arab Association for Human Rights.She has been awarded honorary degrees on three continents. In 2005 she won the Inana International Prize in Belgium.

Fauja Singh. Fair enough he’s a man. But men deserve some credit too. Fauja is the oldest runner alive. He runs for women’s rights. Recently he organised a mini-marathon to register his concerns over the recent incidents and generate social awareness for the rights and security of women in India.

Golda Meir was an Israeli teacher, kibbutznik and politician who became the fourth Prime Minister of Israel in 1969. Israel’s first and the world’s third woman to hold such an office, she was described as the “Iron Lady” of Israeli politics years before the epithet became associated with British Prime Minister Margaret Thatcher.Former Prime Minister David Ben-Gurion used to call Meir “the best man in the government”; she was often portrayed as the “strong-willed, straight-talking, grey-bunned grandmother of the Jewish people”. A famous quote by Golda Meir: “Peace will come when the Arabs will love their children more than they hate us.” 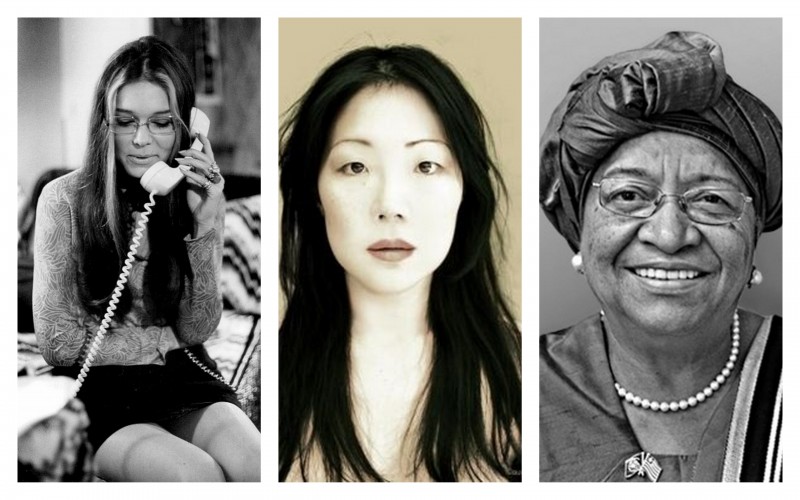 Ellen  Johnson Sirleaf. Africa’s first female President (Liberia) and 2011 Nobel Peace Prize winner. Her work has had a significant impact on women’s rights and peace movement. Prize motivation: “for their non-violent struggle for the safety of women and for women’s rights to full participation in peace-building work.”

Margaret Cho. Korean American comedian and women’s rights activist. She is best known for her stand-up routines, through which she critiques social and political problems, especially those pertaining to race and sexuality.

Gloria Steinman. A leader of the Women’s Liberation Movement in the late 1960s and 1970s, Steinman helped create both New York and Ms. magazines, and helped form the National Women’s Political Caucus. An intelligent, independent woman who cleared the path for all us writers! 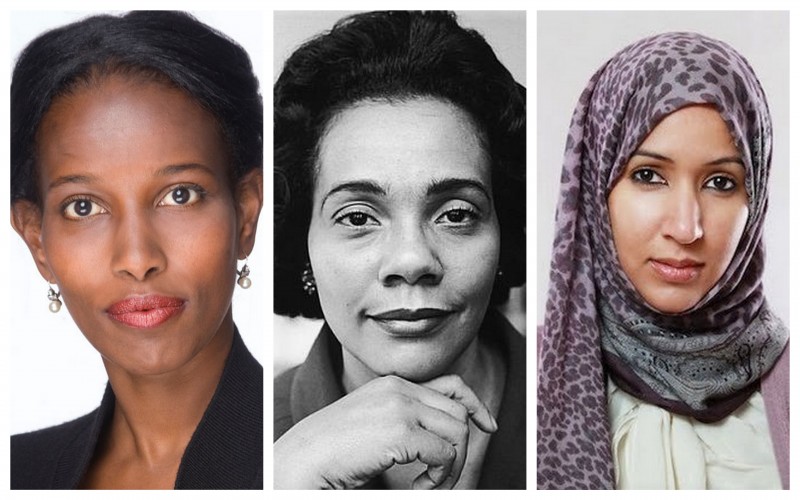 Ayaan Hirsi. Ali is a Somali-Dutch feminist and atheist activist, writer and politician who is known for her views critical of Islam. She wrote the screenplay for Theo van Gogh’s movie Submission, after which she and the director both received death threats, and the director was murdered. The daughter of the Somali politician and opposition leader Hirsi Magan Isse, she is a founder of the women’s rights organisation the AHA Foundation. On visiting Israel she said: “My main impression was that Israel is a liberal democracy. In the places I visited, including Jerusalem as well as Tel Aviv and its beaches, I saw that men and women are equal.”

Coretta Scott King. Civll and Women’s Rights activist and the widow of Civil Rights Leader Dr. Martin Luther King Jr. During a solidarity speech in 1968, she called for women to “unite and form a solid block of women power to fight the three great evils of racism, poverty and war”.

Manal al-Sharif. principal campaigner for women’s rights in Saudi Arabia. One of her more famous campaigns is the 2011 women driving campaign, for which she was arrested for a week. 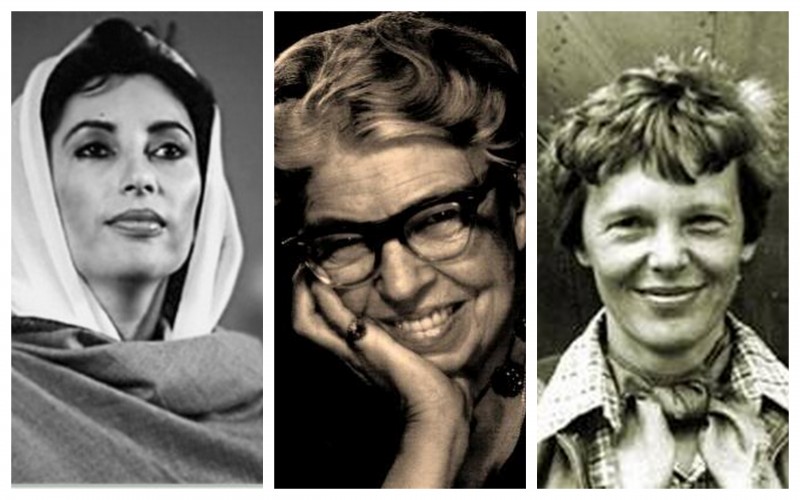 Amelia Earheart. The first female pilot to fly solo across the Atlantic Ocean. “One of my favorite phobias is that girls, especially those whose tastes aren’t routine, often don’t get a fair break. It has come down through the generations, an inheritance of age-old customs which produced the corollary that women are bred to timidity.” She disappeared during an attempt to make a circumnavigational flight of the globe in 1937.

Eleanor Roosevelt. “Great minds discuss ideas; average minds discuss events; small minds discuss people.” Roosevelt was a controversial First Lady for her outspokenness, particularly for her stands on racial issues. She was the first presidential spouse to hold press conferences, write a syndicated newspaper column, and speak at a national convention. She advocated for expanded roles for women in the workplace, the civil rights of African Americans and Japanese Americans, and the rights of World War II refugees.

Benazir Bhutto. The first woman to lead a Muslim country in modern history and become prime minister of Pakistan. 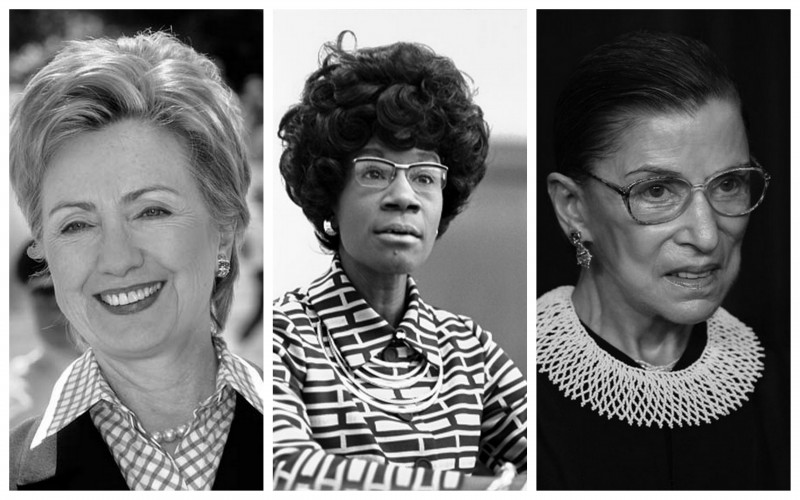 Shirley Chisholm. First black female elected to Congress. She later became the first major-party black candidate for President of the United States and the first woman to run for the Democratic presidential nomination.

Ruth Bader Ginsburg. The second female justice (after Sandra Day O’Connor) and the first Jewish female justice. Before becoming a judge, Ginsburg spent a considerable portion of her legal career as an advocate for the advancement of women’s rights as a constitutional principle.

Happy Women’s day to all us women!