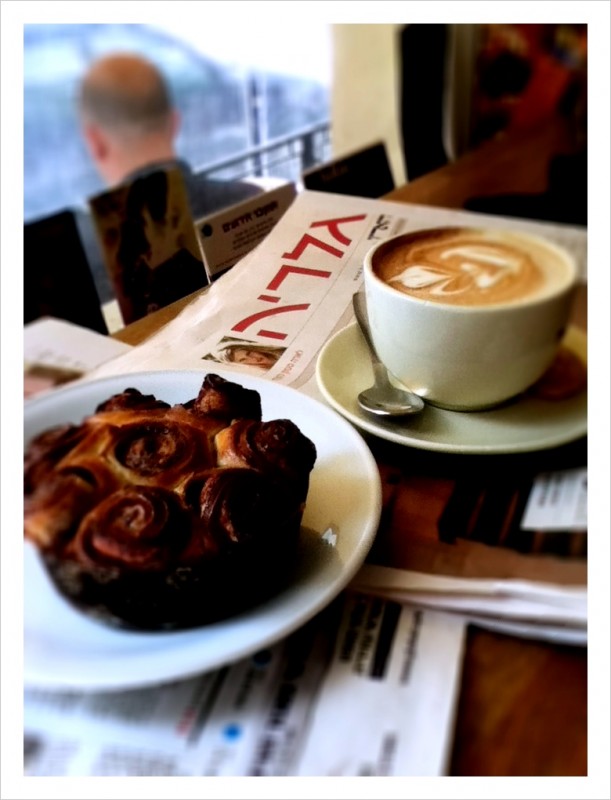 Together with about half the world’s population, I wake up excited for one of many morning rituals: coffee. Where? Which? How? With whom? And if you can add something sweet: lamalo (lamalo meaning ‘why not’ in Hebrew).

It’s been over a year since I quit smoking and I’ve developed this          pseudo-need for sweet. I used to not even like chocolate, and  now I feel this urge for sweet taste in the mouth. So my favorite pastry of the moment: chocolate yeast cake. Doesn’t sound as good as it tastes and no it’s not a fungus. In Yiddish it’s called Babka, for all of those with Yiddish skills. Even Martha Stewart has a recipe for it, but it’s not the easiest to bake: http://www.marthastewart.com/312994/chocolate-babka

My favorite Tel Avivi coffee place of the moment is called Ben Ami (www.benami.co.il) and it’s very well located. First of all it’s a two-minute walk from my home. It’s located on a junction of 3 streets: Nahmani Street, Melchett Street and Montefiore Street. What’s in the middle? King Albert Square and yes it is named after our Belgian king that came to visit in the early 20th century. The view from the cafe is on one of Tel Aviv’s finest buildings and it’s called the Pagoda. Built in 1925, it is one of the most typical constructions of the eclectic style, combining oriental and occidental motives. It was originally built for a rich textile negotiator from New York called David Moshe Bloch. The architect, Alexander Levi, originally from Berlin arrived in Palestine in the twenties but went back to Germany in 1927 and died in Auschwitz in 1942. No one really knows if someone is living there, but it’s very well maintained. Rumor has it, it’s owned by a Swedish jewish family that owns Puma. 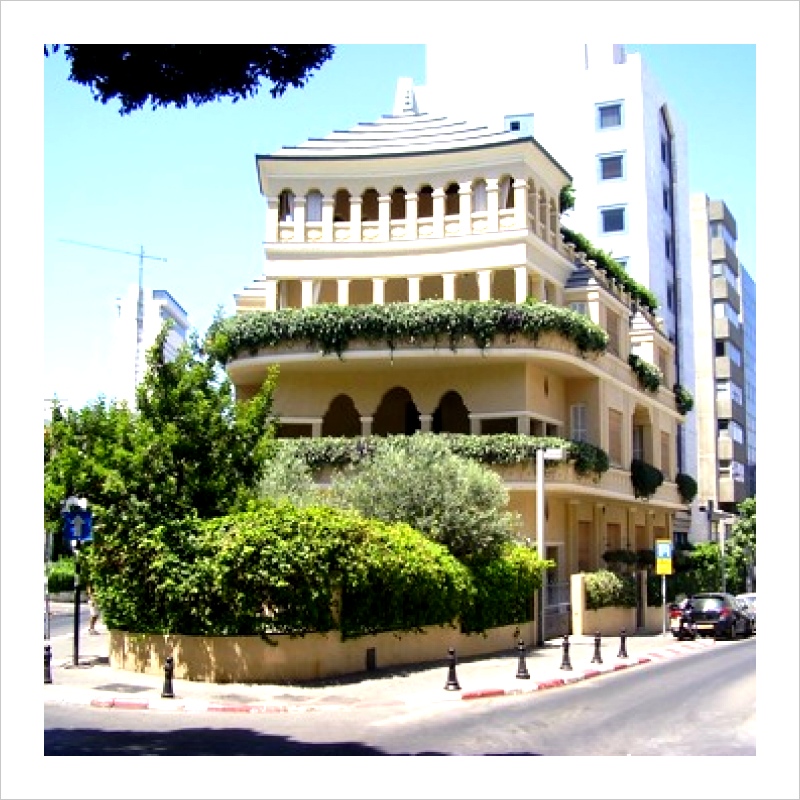 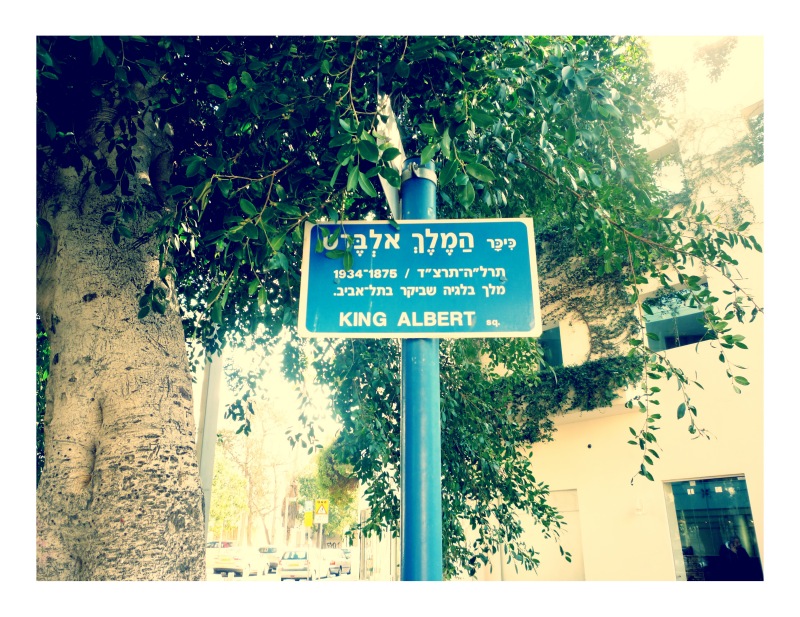 When wondering what it is that I and so many others like so much about Tel Aviv, there are many answers. How can we describe this vibe to those who never came to visit? To those who don’t get to see this side of Israel in their media? Enter my blog! Tel Aviv gets so many adjectives; it’s young, vibrant, happening, cool, hip, in, hot, fresh but why? Some say it is because it’s the city of contrasts, clashes and paradoxes. The mixture of old versus new. Orthodox versus secular. East versus West. Europe versus USA versus Middle East. Tradition versus innovation. A synagogue versus a gay bar. An old colonial house versus a Philippe Starck tower. It’s this clash that gives the city its surprising and slightly uneven gait.

Let’s keep blogging and unravel the secrets of my dear city. Till later, Marilyn 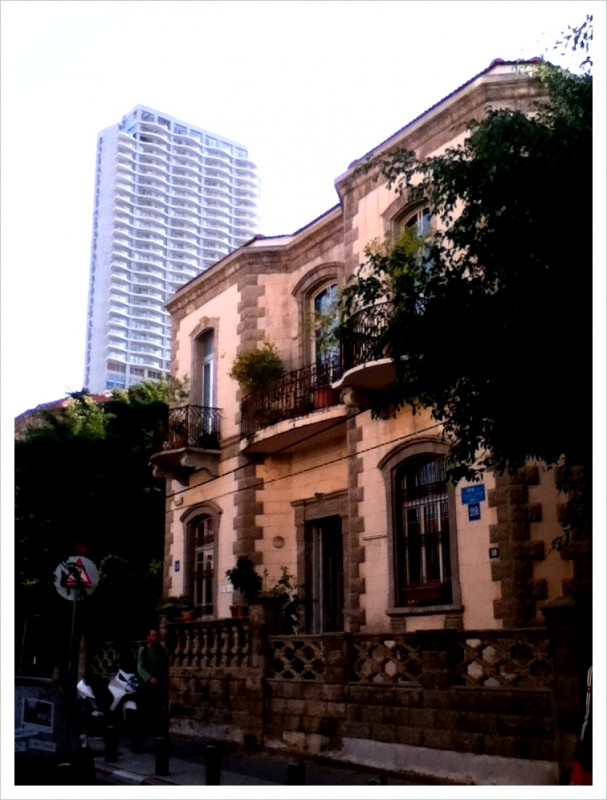 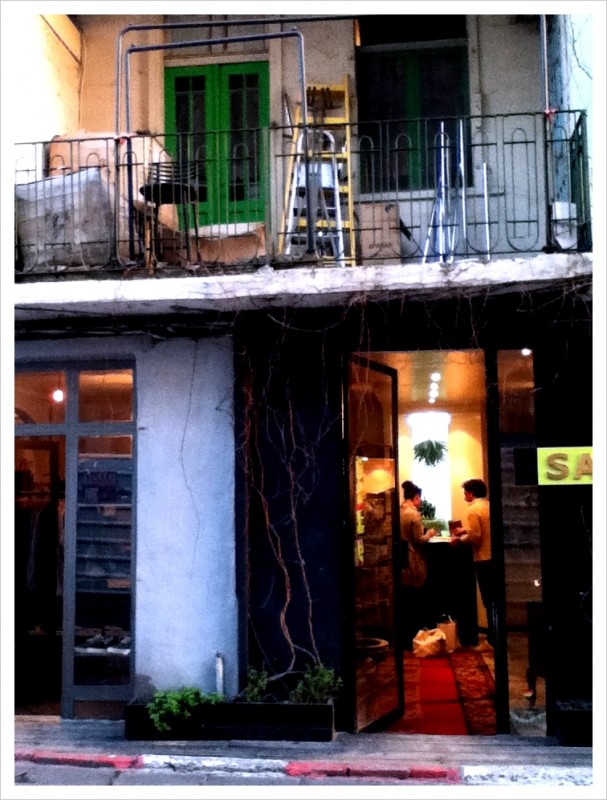 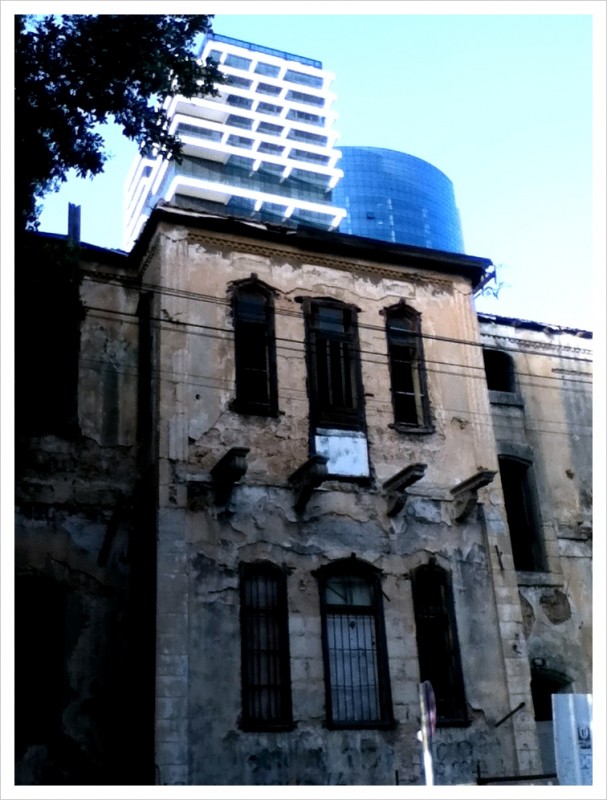