While Madonna was launching the first show of her 2012 world tour at the Ramat Gan Stadium in Tel Aviv on Thursday, I was looking for a musical alternative. Luckily, the Tabor winery and city of Tel Aviv had just launched an amazing initiative: 20 pianos, spread throughout the city, open to the public and customized by Israeli artists. After the campaign, the pianos will be donated to schools. So with 2 friends, we went down to Rothschild Boulevard, printed out a few songs and started playing. Within minutes we were joined by various other musical talents and that’s how a great musical night started. We just played and sang and played and sang for over 3 hours while people were coming by, joining in, playing a tune. Simple and fun. 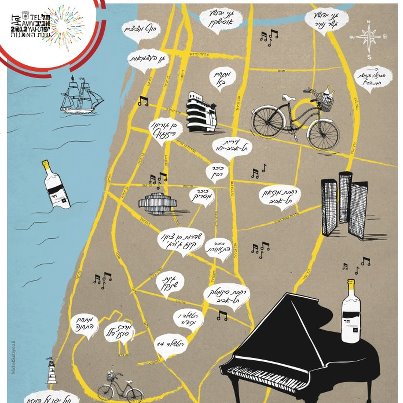 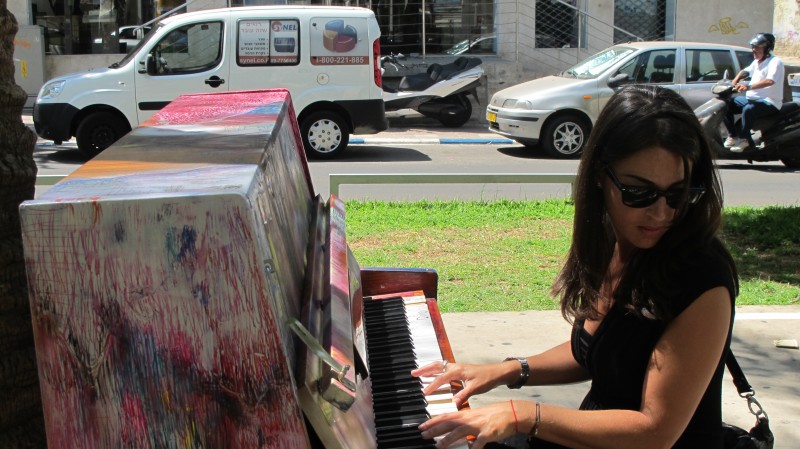 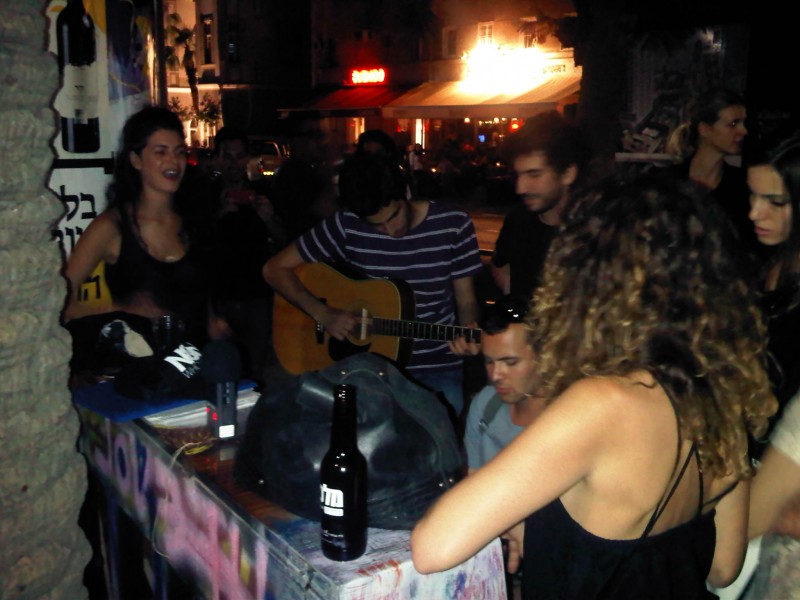 that’s us on Rothschild Boulevard 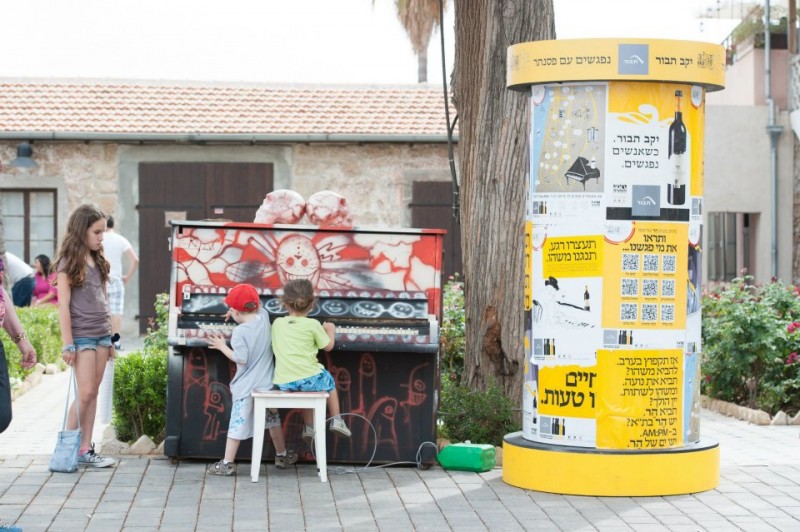 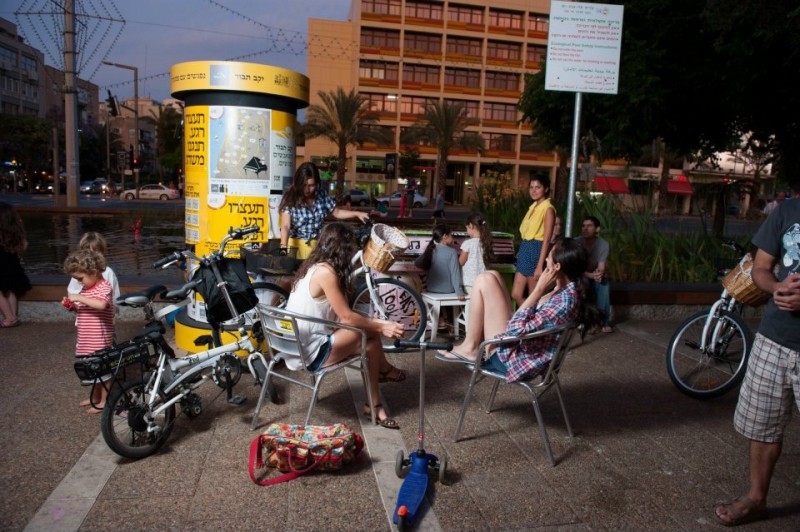 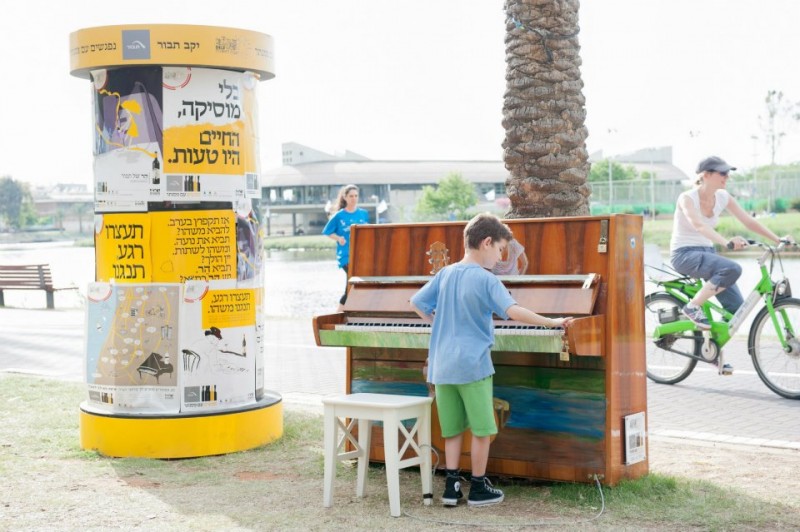 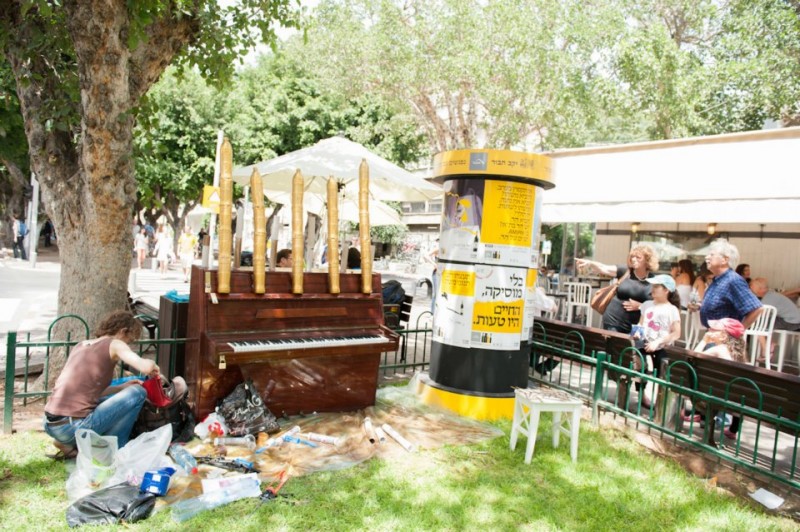 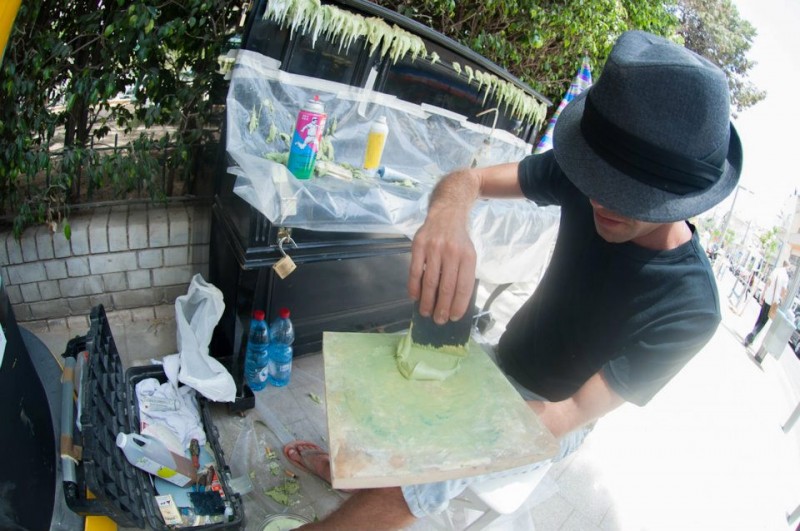 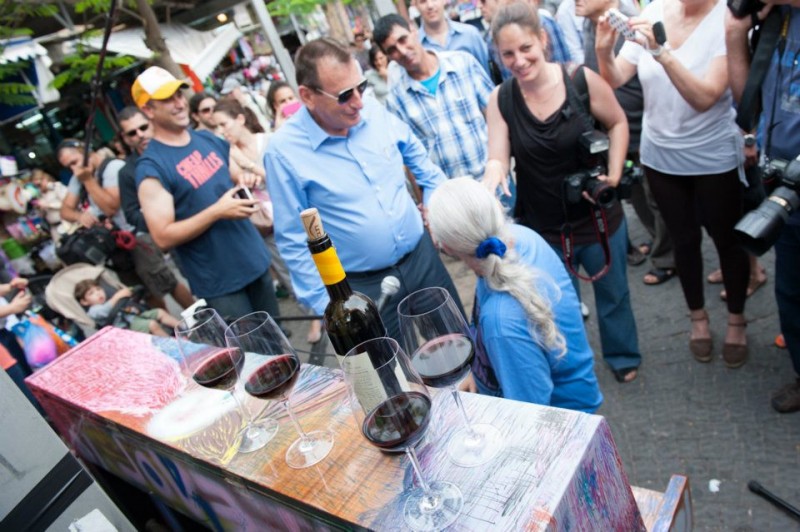 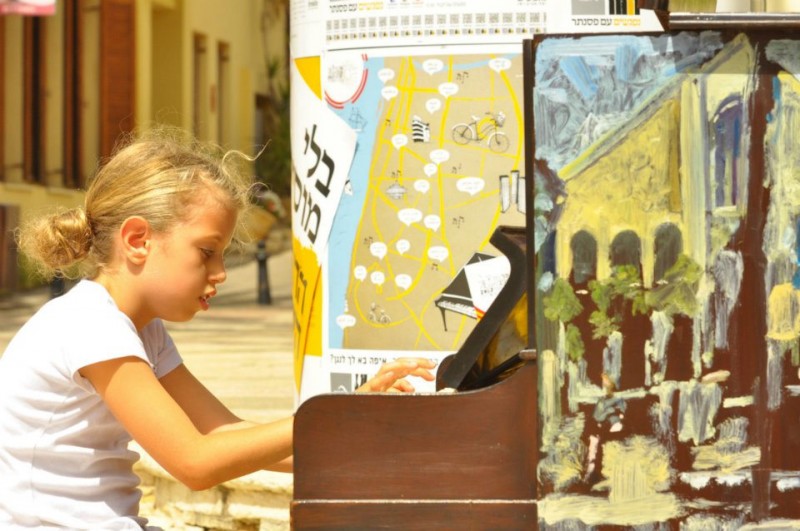 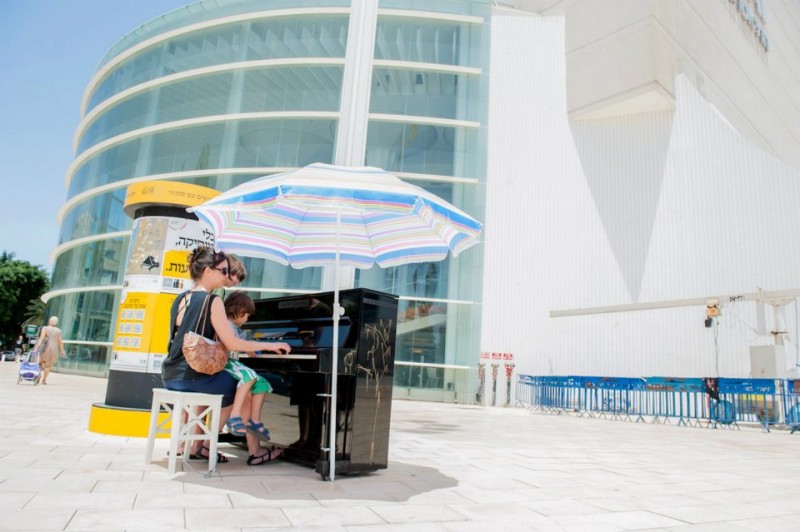