In Flemish they say ‘Liefde gaat door de maag’ – literally translated  ‘Love goes through the stomach’ – and yes you can cook your way into capturing love. Wintertime is cocooning time and that means time for new culinary challenges. As Israel’s population consists of 76% Jewish people, Christmas is not as widely celebrated as in the rest of the world. While recently traveling to New York and London, I kept seeing that same cookbook in shops and homes called Jerusalem, without giving it too much attention; until I got my own copy as a Christmas gift.

Yotam Ottolenghi is a culinary star in London, overseeing four restaurants, writing vegetarian columns for The Guardian and a familiar face on BBC tv. Born in Israel not long after the 1967 war, Ottolenghi grew up in Jewish West Jerusalem. After some time in Tel Aviv, he moved to London, took a cooking course at Le Cordon Bleu without any intention for professional cooking; and there he met his later-to-be business partner and co-chef Sami Tamimi. Tamimi grew up in the Muslim neighborhoods of East Jerusalem around the same time. What are the odds: a Jewish Israeli from West Jerusalem, an Israeli Arab from East Jerusalem, meeting in the UK, sharing a passion for the same food despite cultural dissimilarities and together manage to successfully create their own brand of Meditteranean based cuisine. Ottolenghi and Tamimi’s story is inspiring; a sign of hope and a symbol for peace.

Jerusalem: A Cookbook is their third book and was already a bestseller before it even came out. I wanted to prepare diner with a few typical Middle Eastern for my Belgian guests. So we started the preparations: it can begin with sewing your own apron first (yes maybe I’ll post a tutorial for it one day) but let’s stick to shopping for this one. We went out to the Carmel Market in Tel Aviv, where they have the best fruit & vegetables at the best prices. We also got some spices, tea and herbs like Za’atar (Hyssup), Cinnamon, Cumin and Curcuma (Turmeric). In the little streets of the Shuk (market in Hebrew) one can find great food spots for authentic Hummus, Tehina & Shakshuka like at Shlomo & Doron, to cement the stomach. And then it was time to cook; out of 120 recipes in the book I picked a few: I made roasted cauliflower & hazelnut salad (replacing some of the ingredients to my own taste). Then we had stuffed aubergines with lamb & pine nuts (I used minced beef meat instead) with Mejadra (ancient dish with rice, lentils and fried onion). I also added a plain sweet potato puree and some avocado salad. And some fruit for dessert.  בתאבון – شهية طيبة

Maybe one day, peace in the world will come through the stomach too… 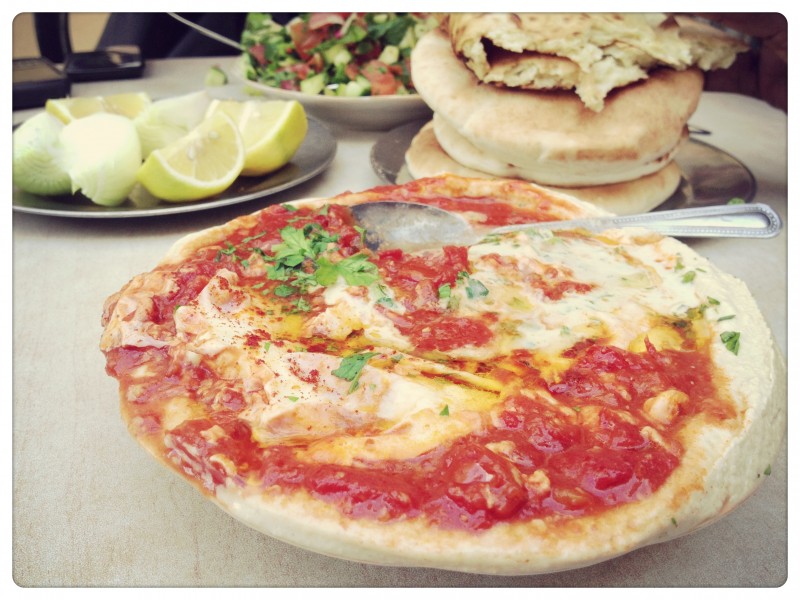 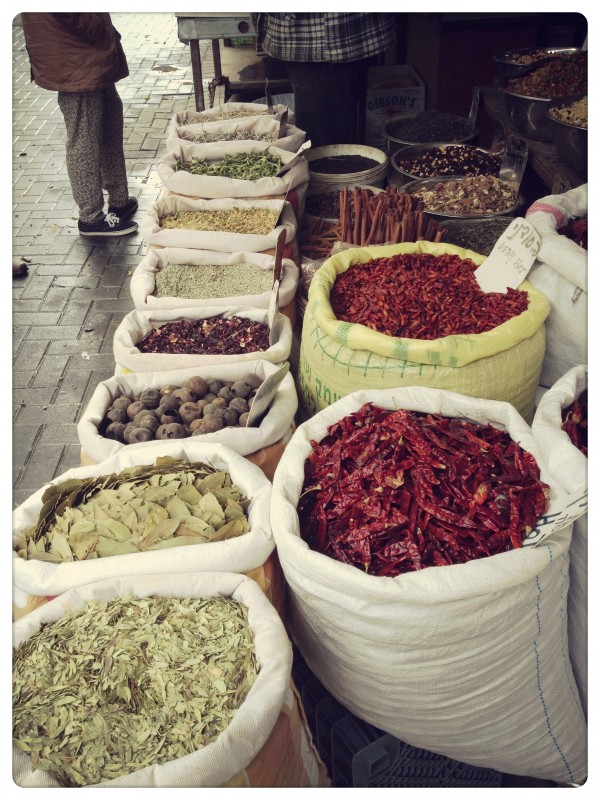 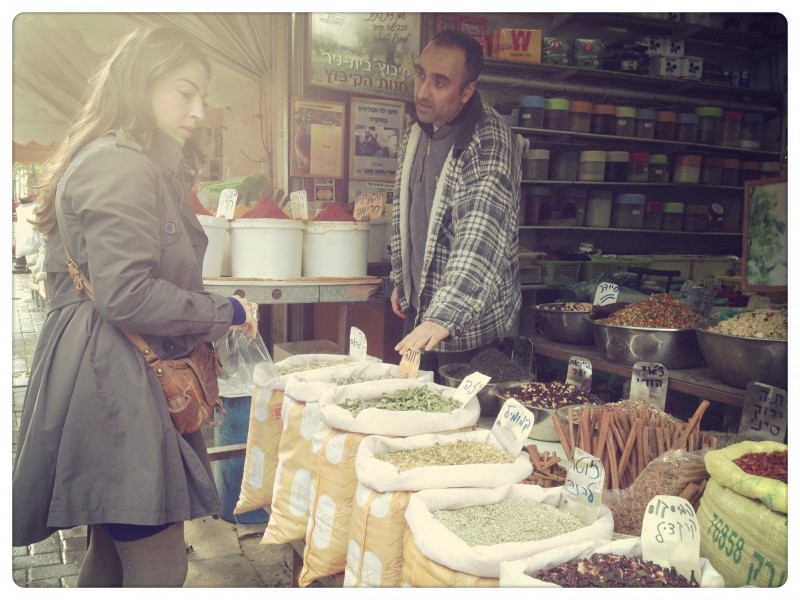 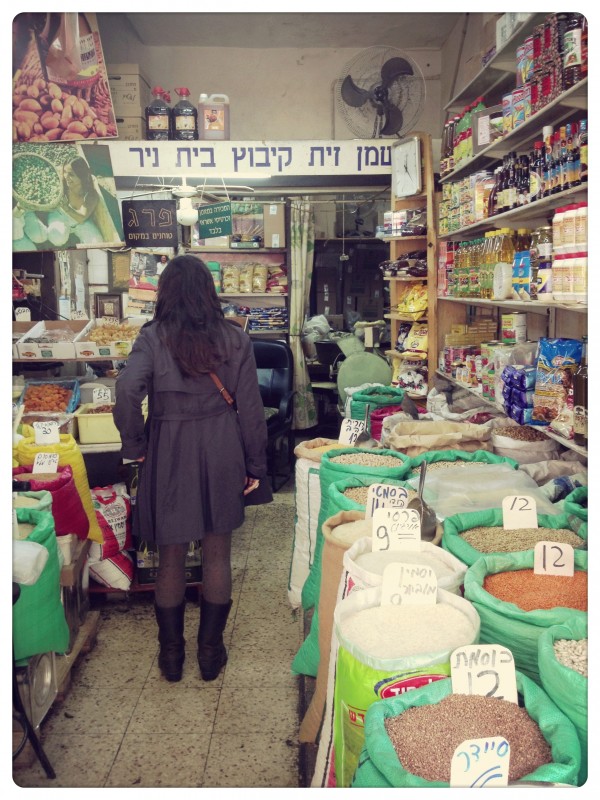 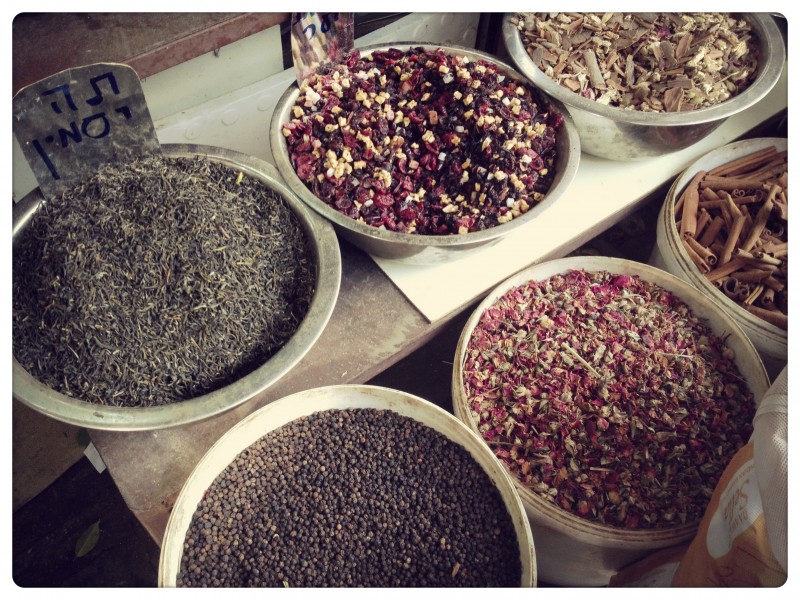 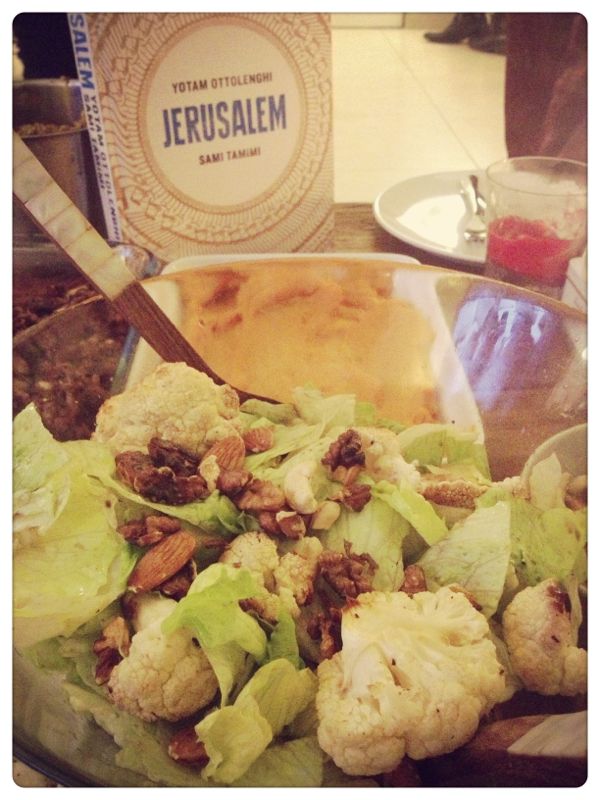 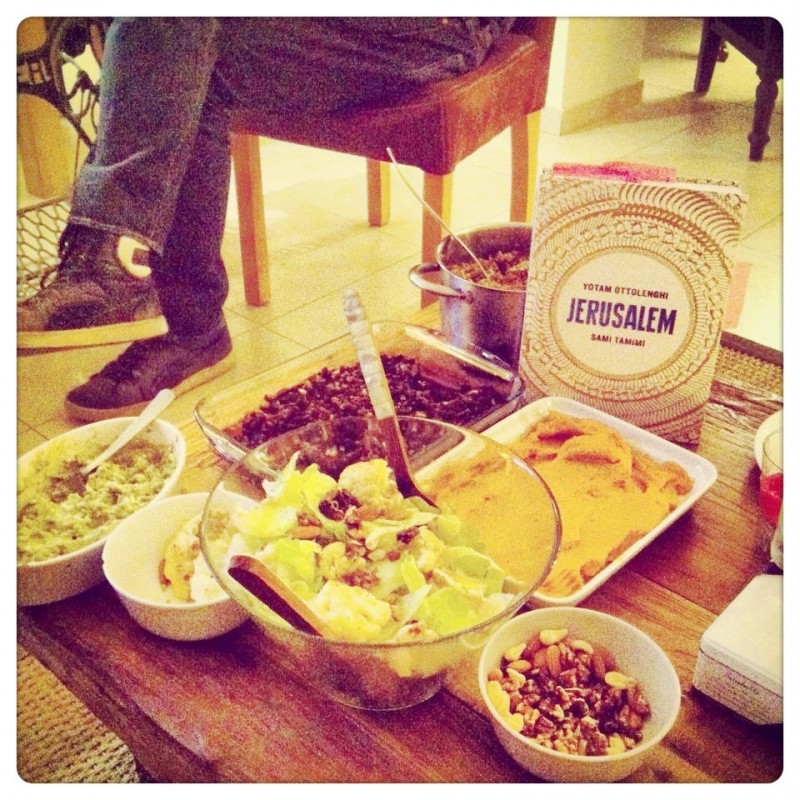