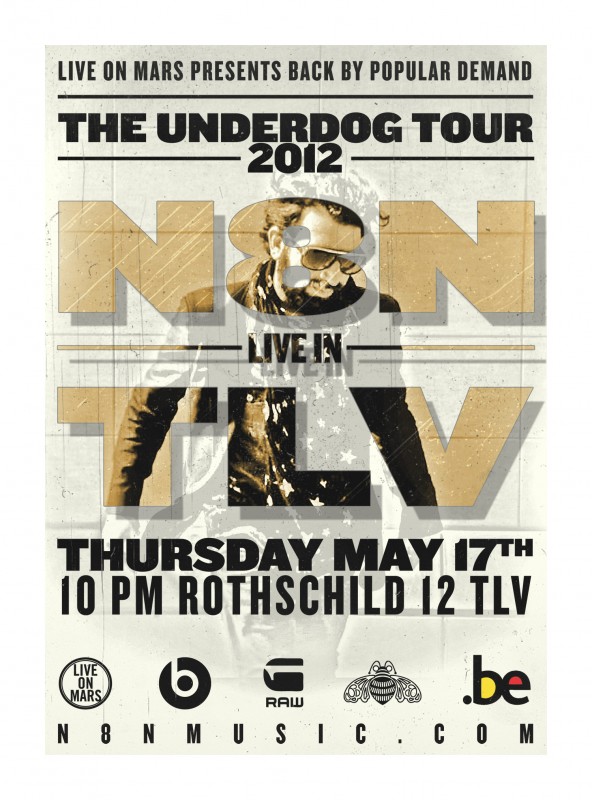 When you grow up in a musical family you’re not aware of how unconventional your life is. With a concert promoter father who’s also an amateur blues performer and stage animal I thought I’d seen something. Until my little brother became a soulbrother and joined the stage.

Last week, Nathan, better known as N8n, gave a special performance at the coolest spot in Tel Aviv called Rothschild 12. Every time he comes visit me in Tel Aviv, we set up a gig. And when Antwerp and Tel Aviv join forces, our blog celebrates.

We put a band together via email and text messages thanks to drummer and socialite Ori Raz: Shlomi Maya – keyboard, Nitzan Berger – Guitar and Avishai (Avsha) Back – Bass. N8n landed in the afternoon so we went straight to the venue to meet the band and do soundcheck. A few hours later the boys rocked the place! The venue was packed with lots of beautiful people, Belgians, Internationals and Israelis.

N8n started with some alternative versions of his own songs from the first record in order to warm up the crowd. Then the cover songs came in, the audience stood up to twist and shout. Later on I was invited on stage to do one of my personal favorite songs of all times: ‘Sympathy’ by Rare Bird. That doesn’t happen very often. I mostly stand on the side and admire the men of my family doing it on stage. I love their music but if I play and/or sing it’s mostly another type of songs. Sad songs. So this time we combined best of both worlds and after a lovely introduction I managed to reach the stage and play my song, accompanied by N8n. And then it was time to bring on the patron of the family, the well known Boogie Boy. He took over the mic, the piano and the audience for some classic Ray Charles and B.B. King tunes. And that would be a typical Ambach family music night, only shared with an amazing crowd.

Thanks to all the lovely people who came out and joined the good vibes.

For more info about N8n and Boogie Boy: www.n8nmusic.com –  www.boogieboy.be 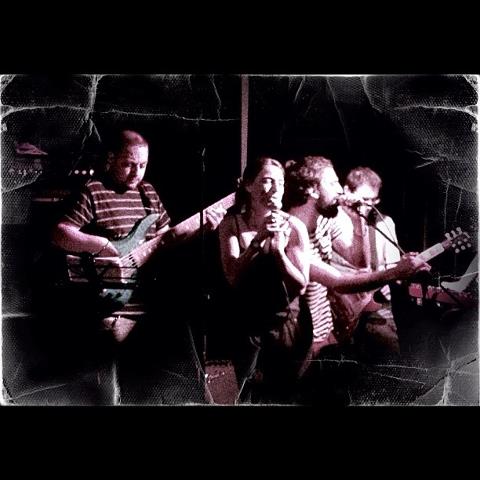